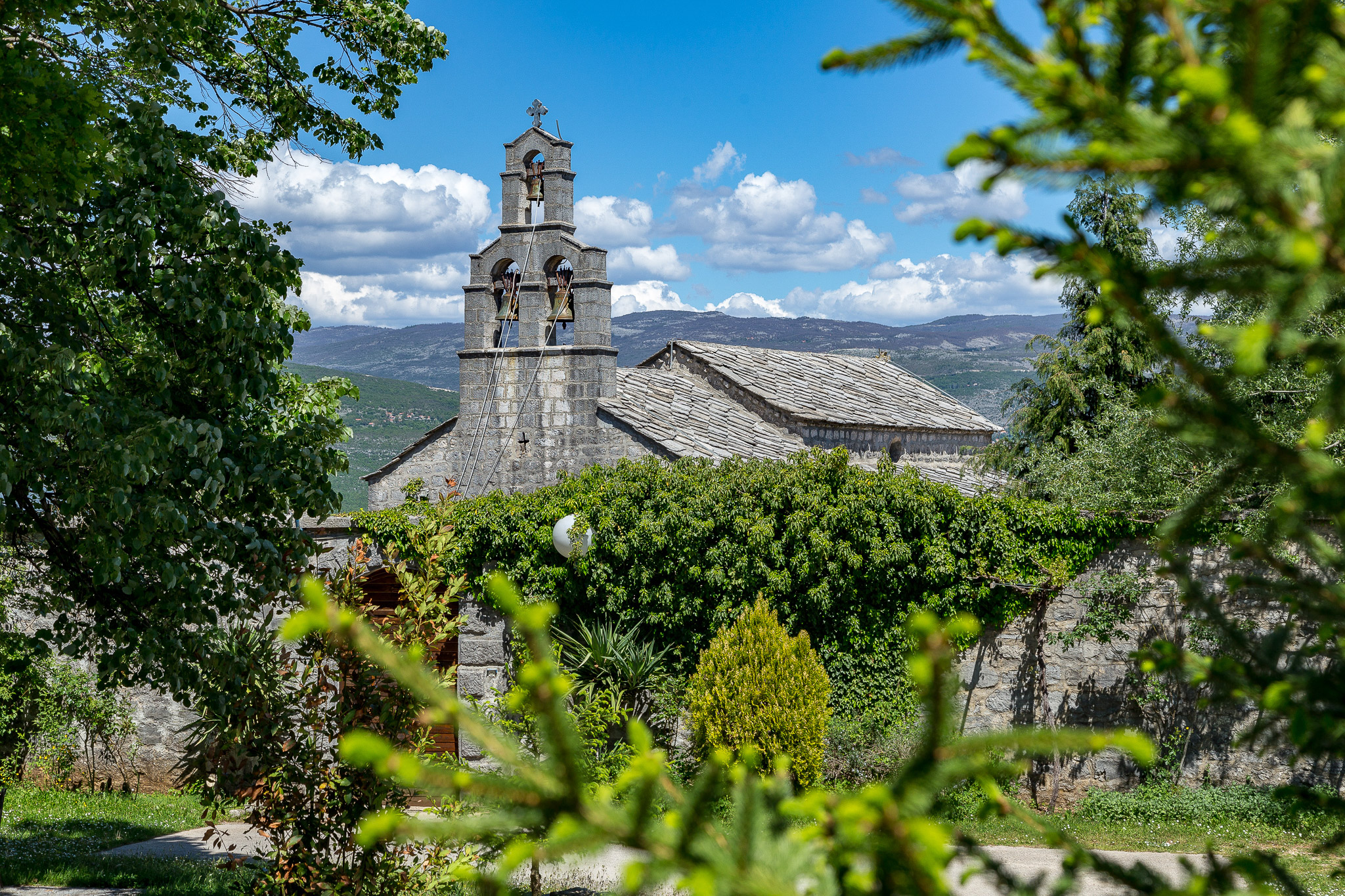 As described by a local legend, the Monastery Dobrićevo is the endowment of the first Christian Emperor Constantine and his mother Helen. Despite the fact that this story is based on a discovery of two monastery seals from the XIII century, another legend which directly connects this monastery with the Nemanjić Dynasty is also chronically imprecise, because the way of reckoning time from the birth of Christ on these regions began just shortly before the XVIII century. Thus, all chronological  recordings of that time are disputable.

Historiographical interpretation of the facts, as well as archaeological surveys, provide a correct account of the spiritual and educational activities of the clergy from this monastery in the XIV century.

One of the legends regarding the founding of the monastery has it that Emperor Constantine and his mother Helen with their retinue chose this original location as a place for respite. At one point, Helen said that this location was “good” to build a monastery at, and thus, the monastery bears the name Dobrićevo[1].

Another legend describes the hordes of Ottoman brigands attacking this monastery. The clergy appealed for help to local Overlord Jakupović, who, shortly after, drove the Ottomans away with his army. On his return home, the local Overlord and two more monks were ambushed and killed by the Ottoman bandits. Having heard about the murder, the Overlord’s wife informed the Vizir in Travnik that monks from the Monastery Dobrićevo had killed her husband, and he retaliated with burning the monastery down.

According to Zdravko Kajmaković[2], the church of the Monastery Dobrićevo vividly illustrates a venerable amalgamation of Raška (basis) with the elements of the Gothic style, and is therefore of special interest for study of the history of architecture in the region of the Balkans. According to the same author, the church itself stands as “the most representative building in Herzegovina.”

After the church of the Monastery Žitomisloć as the most exceptional early monument, this one is considered to be among the most monumental churches preserved on the region of the central and eastern Herzegovina.

Influences of Serbian medieval architecture as well as Dalmatian craftsmanship (the Republic of Ragusa) are visible in the monastery complex. The degree of harmony achieved between those two architectural styles can be taken as a representative solution. Frescoes painted by a monk and fresco painter Georgije Mitrofanović are preserved in great numbers and represent one of the most beautiful Serbian fresco paintings of the XVII century. Georgije Mitrofanović was the leading Serbian Orthodox painter of the early XVII century, remembered best for his frescoes in monasteries in numerous locations, from the Hilandar  (Mount Athos, Greece) and Patriarchate of Peć (Kosovo) to the Krupa Monastery in Dalmatian Hinterland (Croatia). Apart from the wall paintings, it is assumed that Georgije Mitrofanović also painted the holy doors in the church of  Dobrićevo Monastery.

The monastery itself is of a great importance for the study of a role of the Serbian Orthodox Church over the significant time period, as well as for general and especially cultural history, for it was considered to be the educational centre of that time and a place of great historical events. To this day, a large festival of regional traditional dances and ethno groups is held once a year near the monastery.

After the construction of hydro system on the River Trebišnjica, in  1967, the monastery was moved to the village Orah in the municipality of Bileća.

It is in the Register of  National Monuments of Bosnia and Herzegovina.