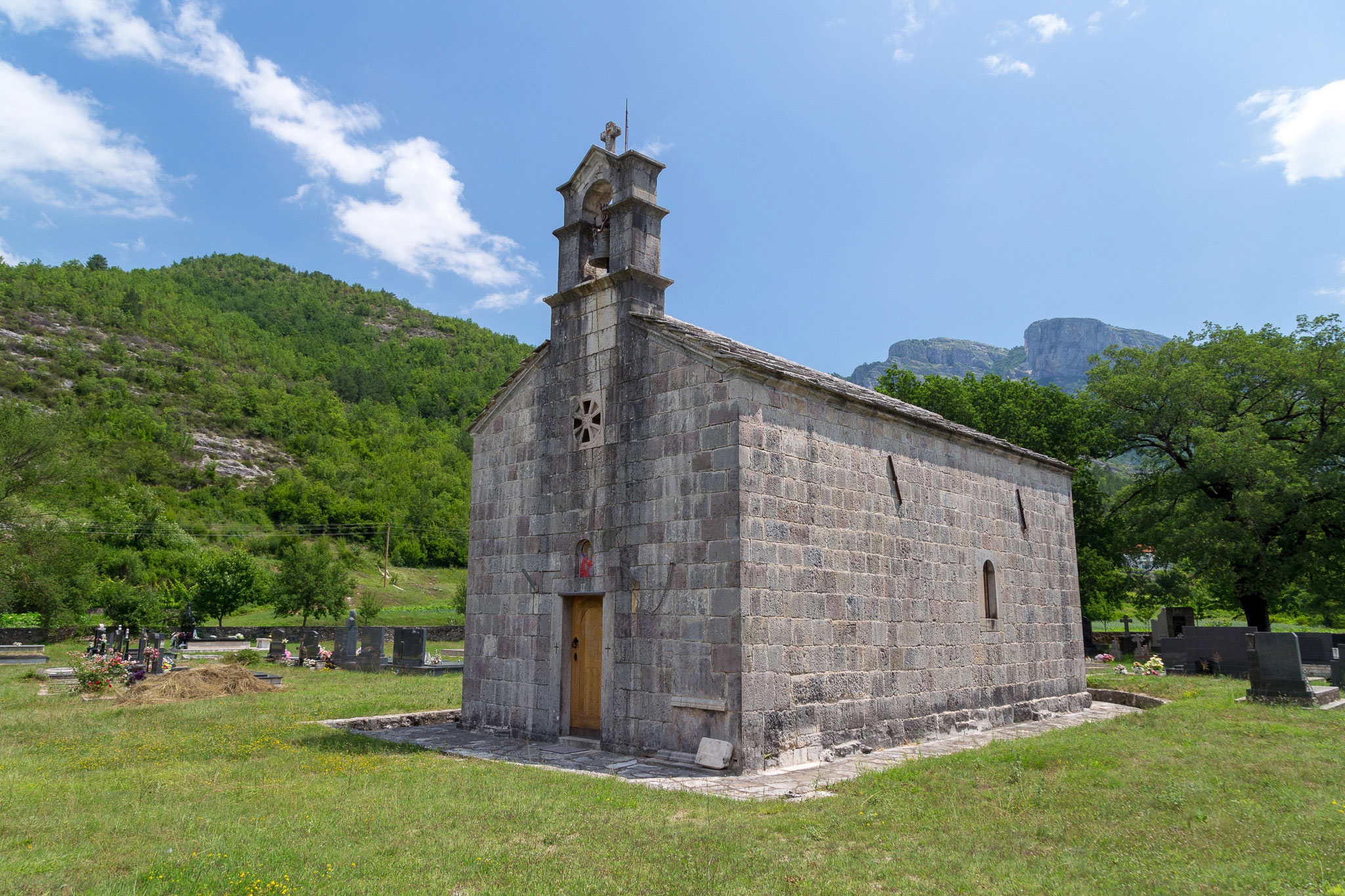 Within this church is preserved modest but, at the same time, one of the most original fresco ensembles. The standing figures in the lower zone as well as several compositions in the upper zone, such as the fresco of the Assumption on the west wall, are particularly interesting. There are no precise historical data on its construction and wall paintings, but it is estimated that the church dates back to the end of the XVI or the beginning of the XVII century.

The frescoes cannot be dated to an exact date and the names of the painters are not known. Resemblance of the style of these frescoes to those in Montenegro—such as can be seen in churches in Petrović, Velimlje and Grahovo near Aranđelovo—indicates the presence of one fresco painting atelier or workshop that was at the time engaged in the above mentioned churches in Montenegro, all in the close proximity to Herzegovina.

Frescoes in Petrović were painted in 1604, so the ones in Aranđelovo could be dated to the beginning of the XVII century. The frescoes in Aranđelovo were executed by one master painter and his apprentices who painted almost monochrome, gray and stunted figures. According to the older artefacts found the church and significantly older necropolis of stećci[1], the church was probably built on the top of a former sacred structure.

The latest archaeological excavations performed alongside the restoration of the church revealed even older archaeological layers which prove that an older cult site existed below the temple in Aranđelovo.

In the immediate vicinity of the church there is a necropolis with 76 tombstones (20 stone slabs and 56 stone chests), which are partly damaged, sunken or built into the foundations of the church. One stone block integrated with the door of the narthex has an inscription indicating that the Duke of Krnja was buried there.

The church consists of a nave with a projecting semicircular apse on the east side and a narthex on the west. North and south walls of the narthex were built on top of medieval memorial tombstones, while two tombstones within the narthex serve as benches. Semicircular vault runs down the length of the church. The belfry was erected at the apex of its west gable.

The Church of Saint Michael the Archangel, located on the cemetery near the River Sušica, forms a part of an extraordinary landscape and plays a significant role in the study of medieval fresco paintings and sacred architecture from the XVI and XVII century, and is a national cultural heritage of Bosnia and Herzegovina.