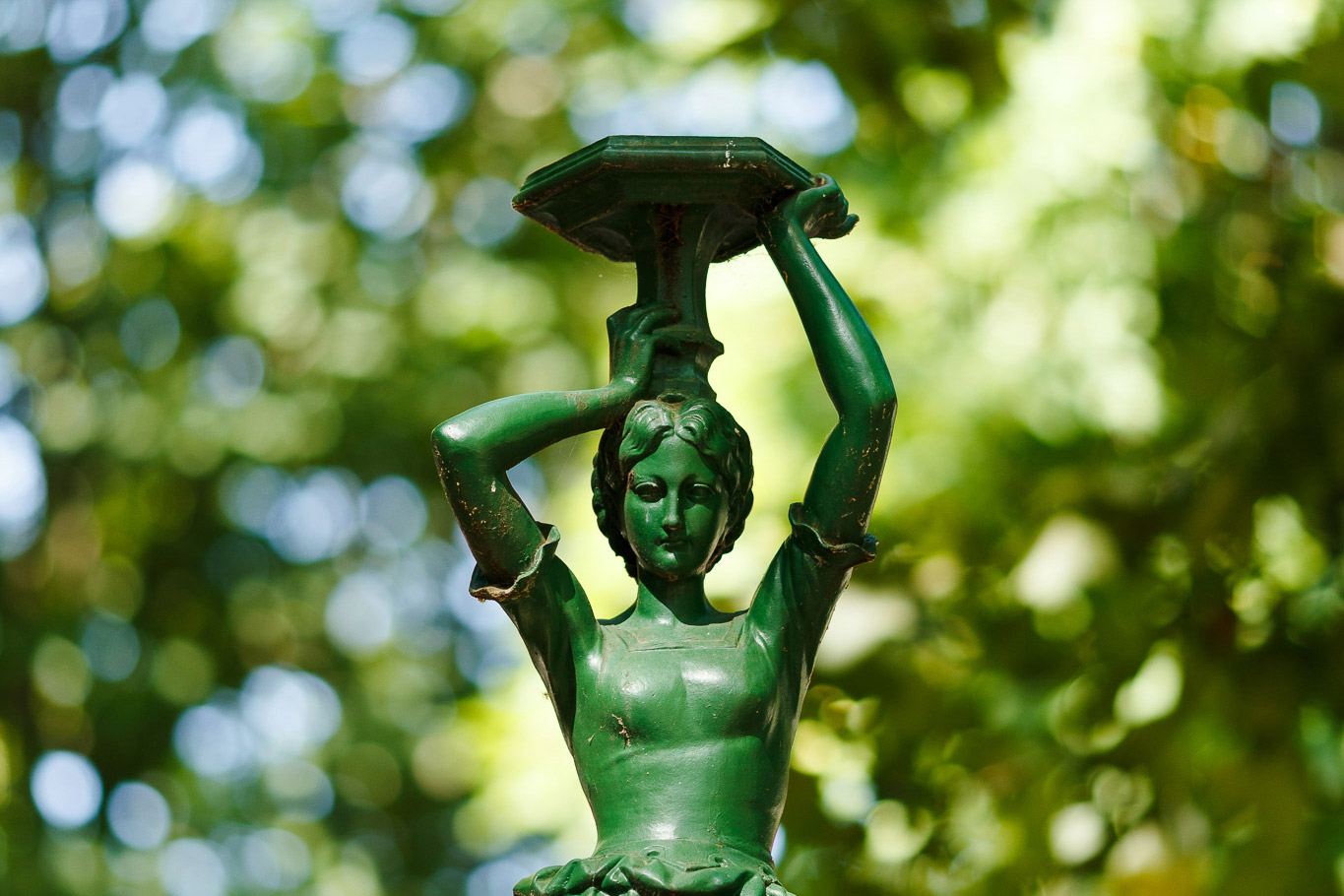 A commemorative water fountain dedicated to Imperial Lieutenant General Đuro Baron Babić was cast in 1890, and placed at the central point of the city market in downtown Trebinje. Enclosed in a stylized heraldic frame, in the very centre, there is a finely sculptured lion’s head with water sprouting from its mouth and with floral ornaments below. A fine combination of floral and geometrical motifs is visible above the fount, proportional to the base of a projecting triangle relief. The sides of the fount, as well as coats of arms of Trebinje on either side, are adorned with floral elements.

The fountain is in the shape of a square pyramid adorned with discreet motifs of twisted rope along the edges. The base and central part of the structure make a harmonic whole, with a smaller rectangular plinth on which stands a young female figure with arms raised, as if carrying a pail of water on her head, but the pail itself, or any other object, is missing. The finely sculptured fountain is made of cast iron and adorned with motifs typical for fountains.

As the great number of soldiers and administrative personnel settled in Trebinje it was necessary to install clocks in various locations in the city. The city authorities placed three clocks over different periods of time and on three different locations: one on the south side of the military headquarters in the Old Town (today the Museum of Herzegovina), another on the Northern Camp (today a building of “Radio Trebinje”) and, the third one on the small pedestal held by the female statue of Babić’s fountain.

This pedestal on the top arouses curiosity for several reasons. Some old photographs clearly show a clock, while on the other ones there is a blurred image of a basket. Both photographs show a certain symbolism, for the photo depicting a woman with a fruit basket shows a mutual link between water and fruit. The aim of the Austro-Hungarian government was to show that they cared about people, because, without water, there could be no fruits and vegetables, let alone good life. And all this takes place at the city market where the local population is still selling fruits and vegetables, just as they did 150 years ago.

This is a story told by older citizens of Trebinje, but the fact remains that this is the first public drinking water fountain in the city. Until then, citizens supplied themselves with drinking water from draw wells and nearby springs. Dedication written on the base of the fount’s pedestal is a gesture of their appreciation to Baron Babić. Written in Cyrillic, Latin and Arabic letters, it is direct manifestation of multi ethnic and multi religious structure of the city of the era, and the need to acknowledge it.

Except for the top part, the whole monument is preserved in its original form and significantly contributes to the beauty of the surrounding landscape. The fountain is still in use to this day. It is overshadowed by wild chestnut trees which the Austro-Hungarians had planted at the city market. The scent those trees produce is believed to repel flies, and thus, beside being one of the most beautiful outdoor farmer’s market in this part of southeastern Europe, the market is also known as a market without flies.