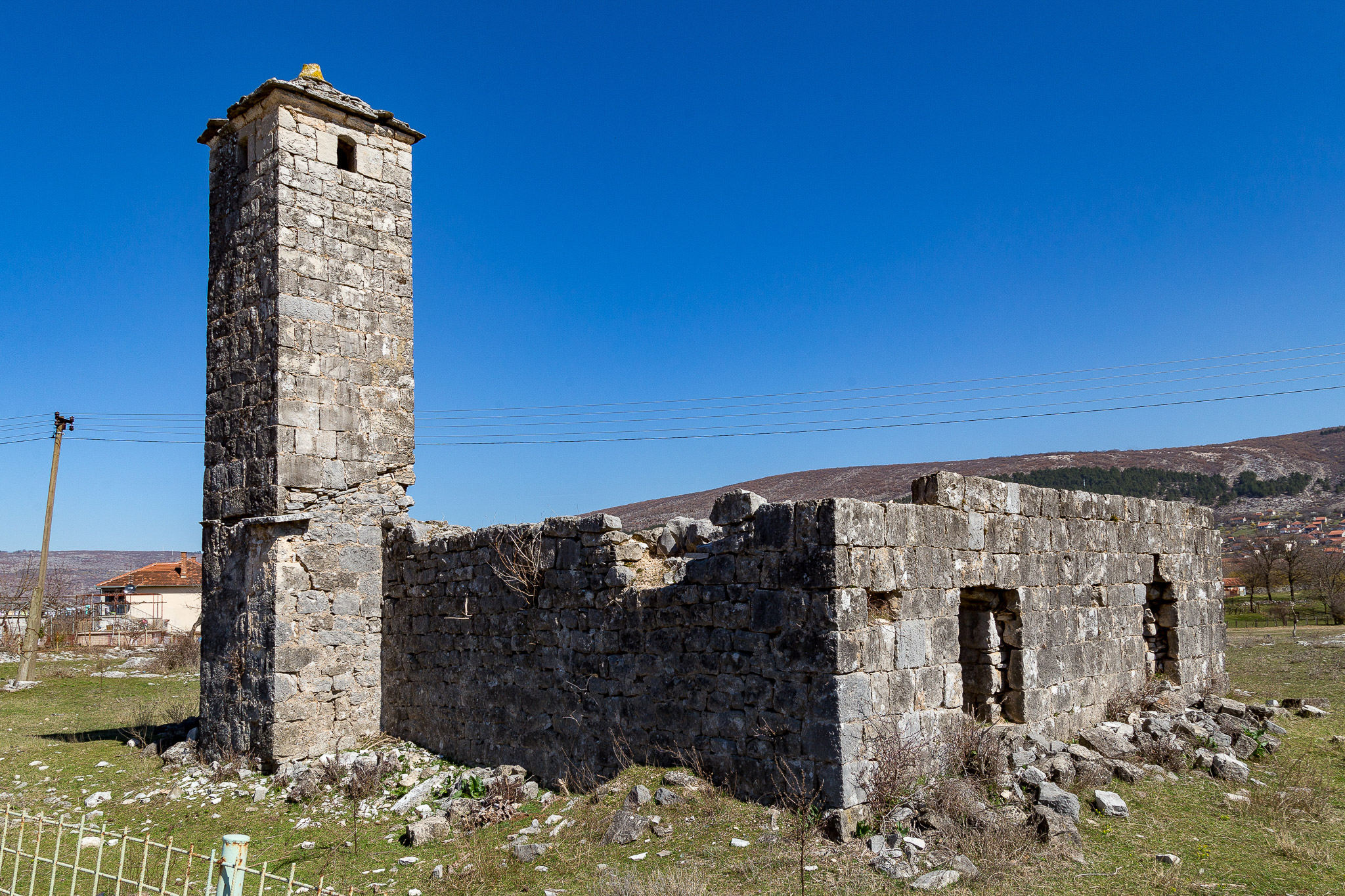 Hasan Pasha Predojević was taken as a boy and sent to Istanbul, where he converted to Islam and adopted the name Hasan. A local oral tradition mentions Prijevor near Bileća as his birthplace and his wealthy uncle Duke Predojević. The Duke had six sons and didn’t want any of his sons to be taken by the Ottomans, so, instead, he gave Hasan Pasha, the only son of his brother. After having been educated in Istanbul and appointed Vizier, Hasan Pasha, with his army, returned to Bileća, where he, for the first time since his capture, meets his mother and finds out about what his uncle had done. He ordered the Duke to be stoned and the place where it happened is today known as Gomila[1].

Around the time he issued an order to build a mosque in Grabovice, near Bileća, he also took upon himself to build a church in the village of Prijevor in honour of his mother. A crescent moon with a star and a cross are carved side by side on the walls of the church. People call it the Predojević Church. As one of the oldest mosques in Herzegovina, built in 1572 and registered in the Register of National Monuments of Bosnia and Herzegovina, the mosque of Hasan Pasha Predojević represents an important sacred monument of the 16th century architecture.

The building is rectangular in plan with a built-in porch. The site is completely archeologically unexplored. For the fact that Hasan Pasha had excellent relations with the Dubrovnik senate, and the rectangular shape of the minaret, it is assumed that the construction workers of this mosque were from the Republic of Ragusa. According to Hasandedić Hivzi (“Muslim heritage in Eastern Herzegovina”, Sarajevo, 1990), it is assumed that there were 14 mosques with similar architecture on the territory of Eastern Herzegovina.

This kind of architecture with dominant rectangular minaret is considered to represent the mixture of Christian and Islamic architecture. Craftsmen from the Adriatic coast, more precisely from the Republic of Ragusa, used church towers as a model for construction of minarets. The minaret of this mosque is representative of the unique architectural style of the Ottoman architecture. The same style can be seen on the Mujo Kotezlija Mosque in the Kotezi Village in the Popovo Field. The Hasan Pasha Mosque has significant importance for historiography of the XVI and the XVII century, especially for historians studying Hasan Pasha Predojević and his role in the region of Balkans. Unfortunately, this mosque and the one in Kotezi are demolished during the Second World War and abandoned since.