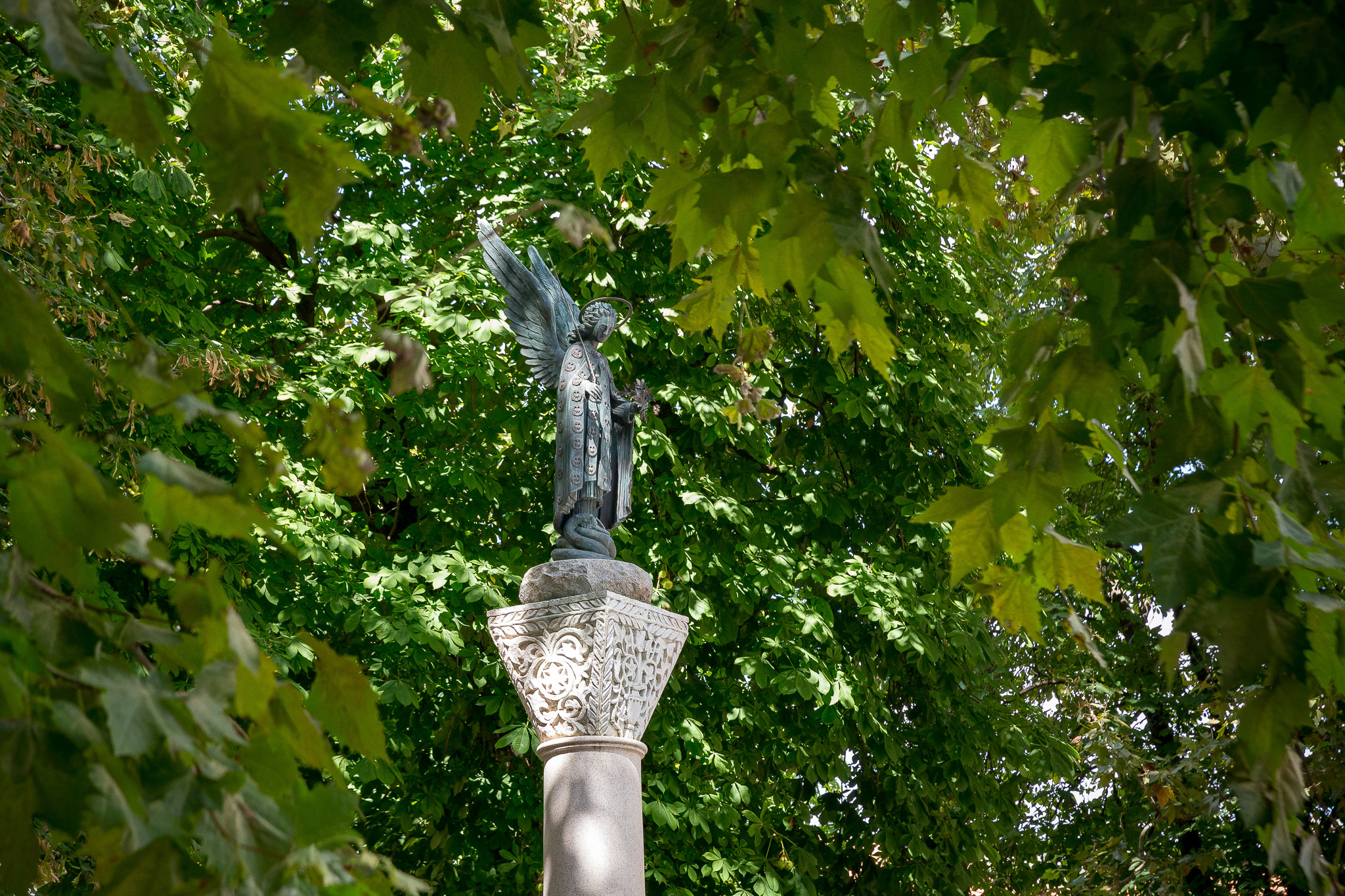 A poet and diplomat Jovan Dučić loved his hometown Trebinje and made efforts to adorn it with memorial to the fallen heroes, warriors and innocent victims of the Great War, for the occasion of marking the twentieth anniversary of the end of the First World War.

He made numerous sketches and drawings, consulted broad range of artists in his search for the most adequate design, and after that added the finishing touches to the future monument. In the end, he designed a monument which, according to Trebinje’s citizens, fittingly commemorates those who gave their lives for the most precious gift of freedom. This is how the marvellous, monumental and dignified memorial for the heroes and victims of the First World War in Trebinje was created.

On the occasion of the monument’s inauguration, “Politika”, a daily newspaper from Belgrade (Serbia) 1938 wrote that: “…The monument is a masterpiece for its beauty. It consists of one  masterfully carved angel of peace in the style of the Nemanjić Dynasty. It was made by a foreign sculptor according to detailed drawings of Dučić, whose intention was that the angel himself should have not only ornamental, but also historic importance.

Dučić believed that the monument’s location is equally important, so he chose the place which contributes to the incorporation of the monument into the Mediterranean style, characteristic of dozens of buildings from the end of the XIX and the beginning of the XX century which adorn downtown Trebinje.