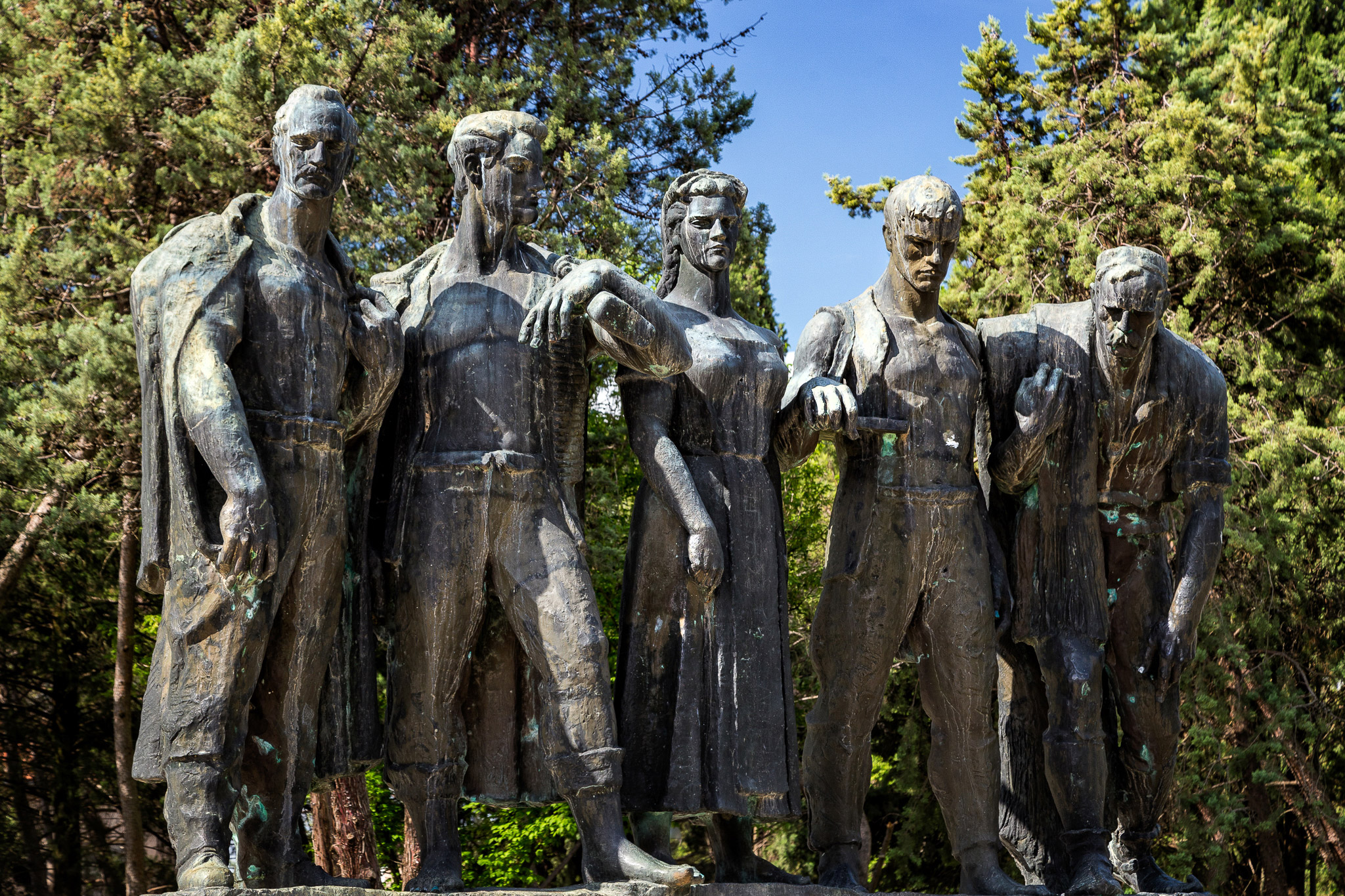 MONUMENT FOR VICTIMS OF FASCISM IN WORLD WAR II

The monument was finished in 1953 and placed on its present location visible from all four cardinal points. Its author is Nandor Glid, a world famous sculptor and former rector of the University of Arts in Belgrade (1985-1989). Destiny of Jewish people to whom he belonged, Holocaust of Jews and other peoples during the Second World War and violent death of his family in German concentration camps remains a steadfast unchangeable leitmotif of his entire opus. He will be the most remembered by the Monument  to the Victims of Fascism (Mauthausen 1958), the Monument in Yad Vashem (Jerusalem), the Monuments to the Victims (Dahau 1968) and Šumarice (Kragujevac) which, as an art critic noted, are continuing reminder of “forever petrified horrifying memories of  the Jewish tragedy and horrors of the Jewish people during the War-but not only then”.

However, thanks to Čedo Kapor from Trebinje, the city gets this monument long before Glid, winning on international contests, installed his works in Mauthausen, Dachau, Jerusalem and Šumarice. Immediately after the Second World War, Kapor, a member of the Spanish Civil War and the National Liberation War and a post-war politician, insisted that Glid work on the Trebinje’s monument, but this amazing sculptor, the forerunner of contemporary sculpture, at first did not accept the socio-realistic expression Kapor insisted on.

However, the artist eventually agreed, probably because of his personal feelings and anti- fascist attitude. He managed to reconcile Kapor’s request and his artistic style and create the masterpiece of universal significance free from socio-realistic matrices and symbols.

The elements of avant-garde were not commonly used  to design such a monument at that time, but still, Glid made the monument that is both, a mausoleum and a memorial of an exceptional value. Harmonically arranged massive sculptures on a high postament, feature elderly people, women, peasants and youth in an almost naturalistic way, with a strong psychological expression carrying an artistic not ideological expression.

On the back side of the monument are relief figures carved with more freedom and artistic inspiration. Dominating the central square in the city park, the monument is visible from two directions: north from the main street, and northeast – towards the monuments dedicated to Njegoš and Dučić.