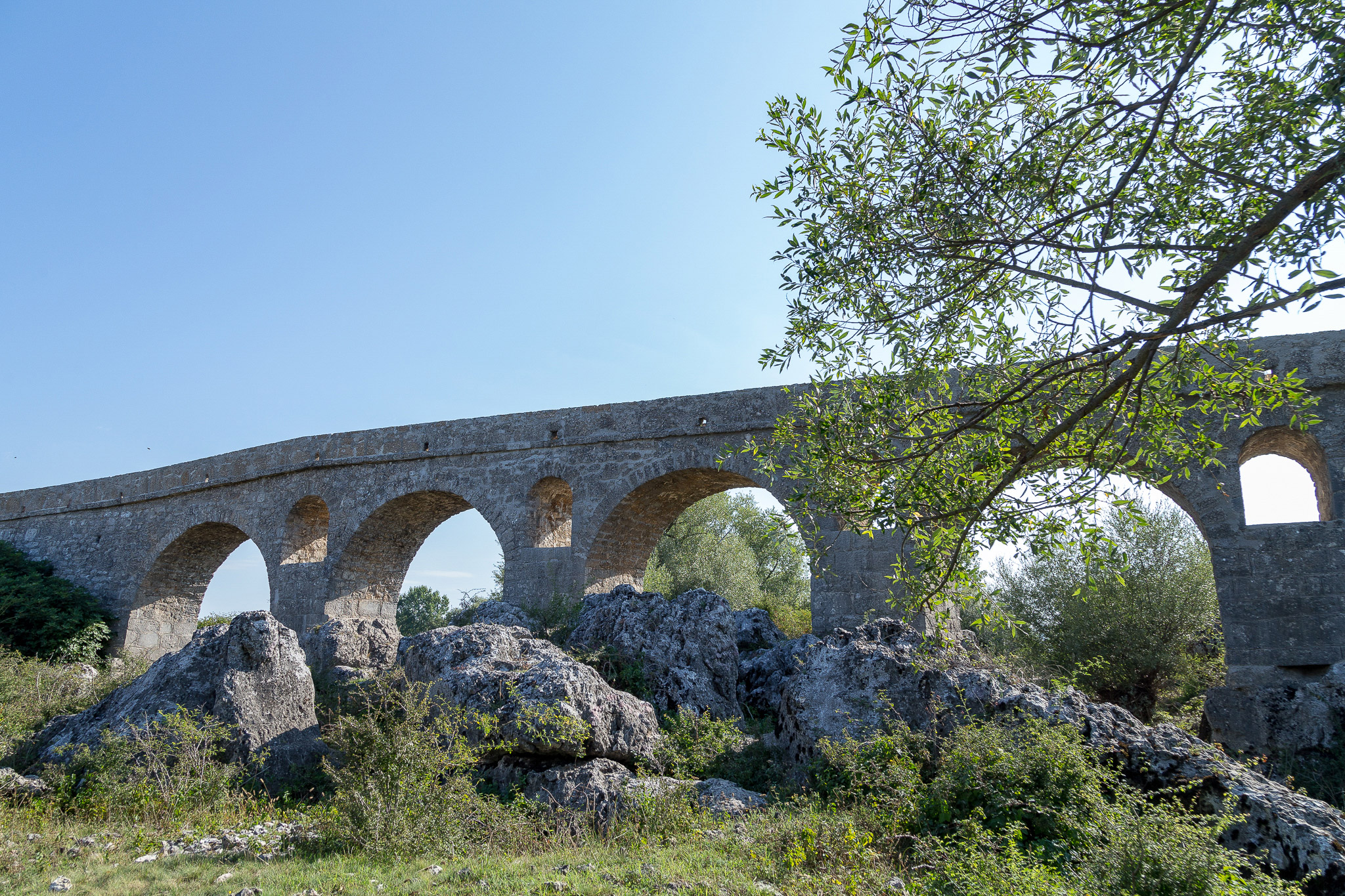 There are no precise historical data of the exact time of the construction of the Moštanica Bridge, but many scientists believe that it dates back to the 3rd century and that it was built by the Romans.

The bridge is located the Roman road, which led to Skadar via Epidaurus through Risan, Grahovo, Riječani and Nikšić. Over time, the bridge was repeatedly demolished and repaired several times.

During the Second World War, the bridge had to be demolished to prevent the passage of the Italians. According to the project of the Institute for the Protection of Cultural Monuments, the reconstruction of the bridge was completed in 1957.

Some valuable Roman coins were fond in the vicinity of the bridge and there are still traces of settlements with barely visible foundations of individual buildings.

The bridge features typical Roman architecture. The Moštanica Bridge was built of regularly hewn limestone blocks. The stone blocks are connected with a rather thick layer of mortar that consisted traces of crumbled bricks and goat’s hair.

The Moštanica Bridge has 6 arches about 5.5 meters wide, with arched openings in between. The north column has four ornamental blocks, and there is a combination of straight lines cut at the base of the most southern arch. Above the arch (2,3 m wide) at the southeast end, the bridge structure is bent in the shape of a tobacco pipe and because of this elbow-like curve, according to the oral tradition, the Ottomans called it “Lula ćuprija”.

The bridge is in use to this day.