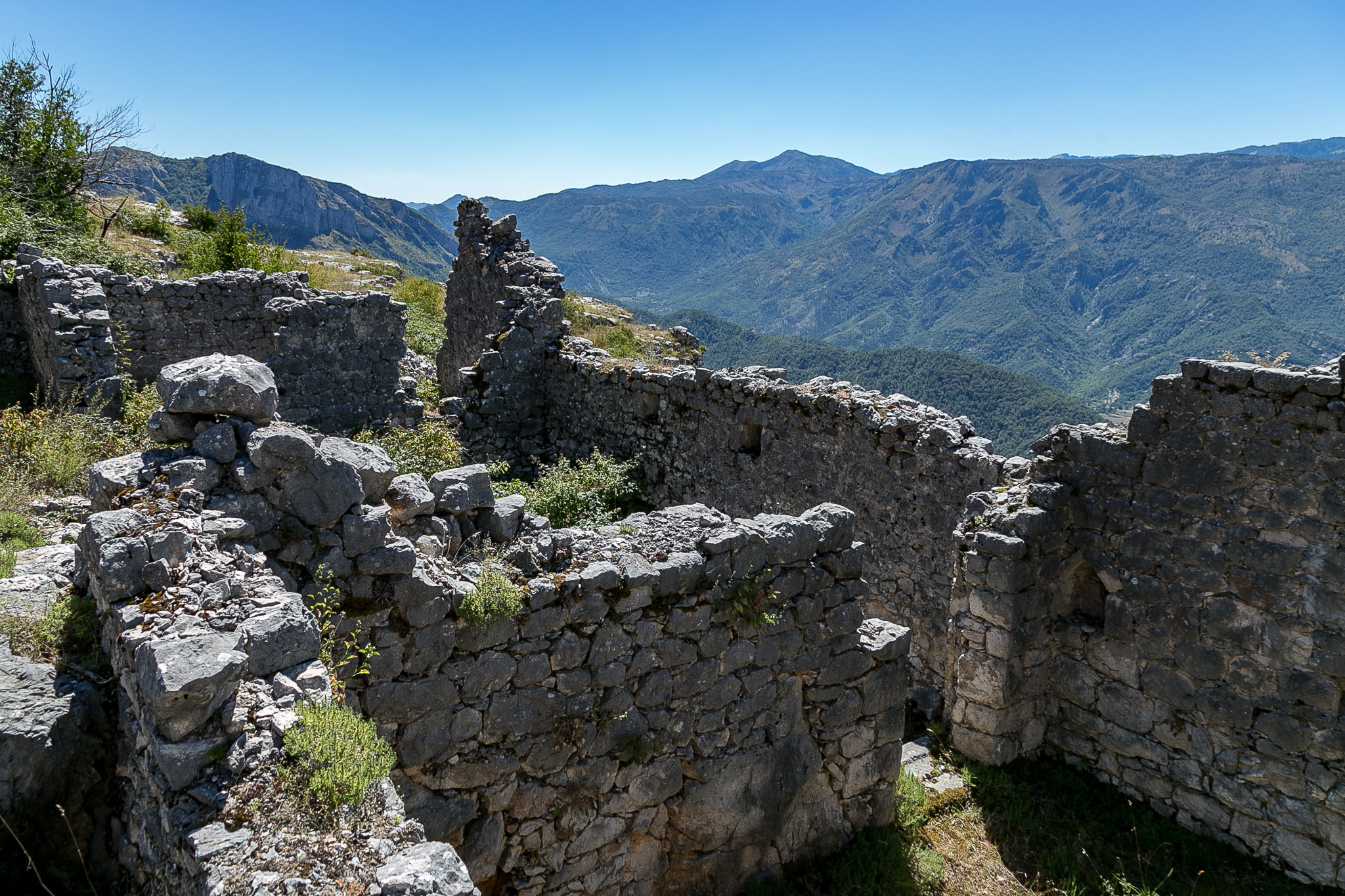 The Old Town Klobuk was first mentioned in the XI century during the ongoing conflict between Zeta’s Duke Vojislav and Duke Ljutovid of Zahumlje. Klobuk was a part of the Vrm Parish in the area of Travunija. Since the XII century, the region of Trebinje was owned by the Nemanjić Dynasty, and in 1377, it became a part of the Bosnia. After the state dissolution, theVrm Parish with Klobuk were controlled by Pavle Radenović. Klobuk remained the property of Stjepan Vukčić Kosače since 1441.

In 1477, Klobuk was occupied  by the Ottomans, and in 1878 it was bombed and conquered by the Austro-Hungarian army. The locality is significant in historical perspective because many  eminent persons fought for ascendency during turbulent times from the medieval period to the ultimate fall of the town.

The archaeological researches performed in 2002 and 2005 confirmed the continuity of the site from the early Middle Ages to 1878 when the city was occupied, and  scientifically verified various construction upgrades  that have been unearthed in the course of time, especially those dating to the 15th – 19th century when Klobuk was attacked by Venice , Russians and Montenegrins.

On the church are visible some construction interventions and other alterations typical for the Ottoman period. Two objects and remains of the third one have been discovered  so far. The exterior foundations of  a mosque have also been unearthed. The excavation performed around the mosque revealed the foundations of  wall segments (insufficiently identified) and a church nave. In the second half of the XVII century, Evliya Çelebi[1] described the Town Klobuk as a strong and small fortress with 20 slab-covered houses and the chimney of Jusuf-Bey, the mason of that time. In addition to this, Çelebi in his book recorded a small mosque, a bath (hamam) and an almost destroyed tavern.

For all above mentioned, Klobuk represents a historical location built throughout the centuries, and therefore, its visitors can see remains of both, a church and a mosque, and visit a stećak within the walls of the old town, a tall chest with an embroidered inscription indicating that Vukosav Zemlić was buried there.

There is also a legend that Turkish soldiers, the defenders of Klobuk, defended from the attack of Montenegrins and Russians who were singing with hatred of rocks by throwing hives full of bees when their ammunition disappeared. This “weapon” was so effective that bees, on a few occasions, defended the city, but for months they also made problems for the population of surrounding villages that were born in all possible places.

Because of the size of its walls and a large space it occupies on a remarkable plateau, the Old Town Klobuk attracts attention and represents an exceptional, but at the same time insufficiently valorised tourist attraction to be used for the promotion of tourist potentials of the local community. It is surrounded by the steep cliffs that rise up along the banks of the River Sušica and can be approached only on the west side.

The Old Town Klobuk is located in the area of Trebinje in the close proximity to Montenegro along the main road Trebinje-Nikšić. It is in the Register of National Monuments of Bosnia and Herzegovina.

[1] An Ottoman traveller, the author of “The Book of Travels”