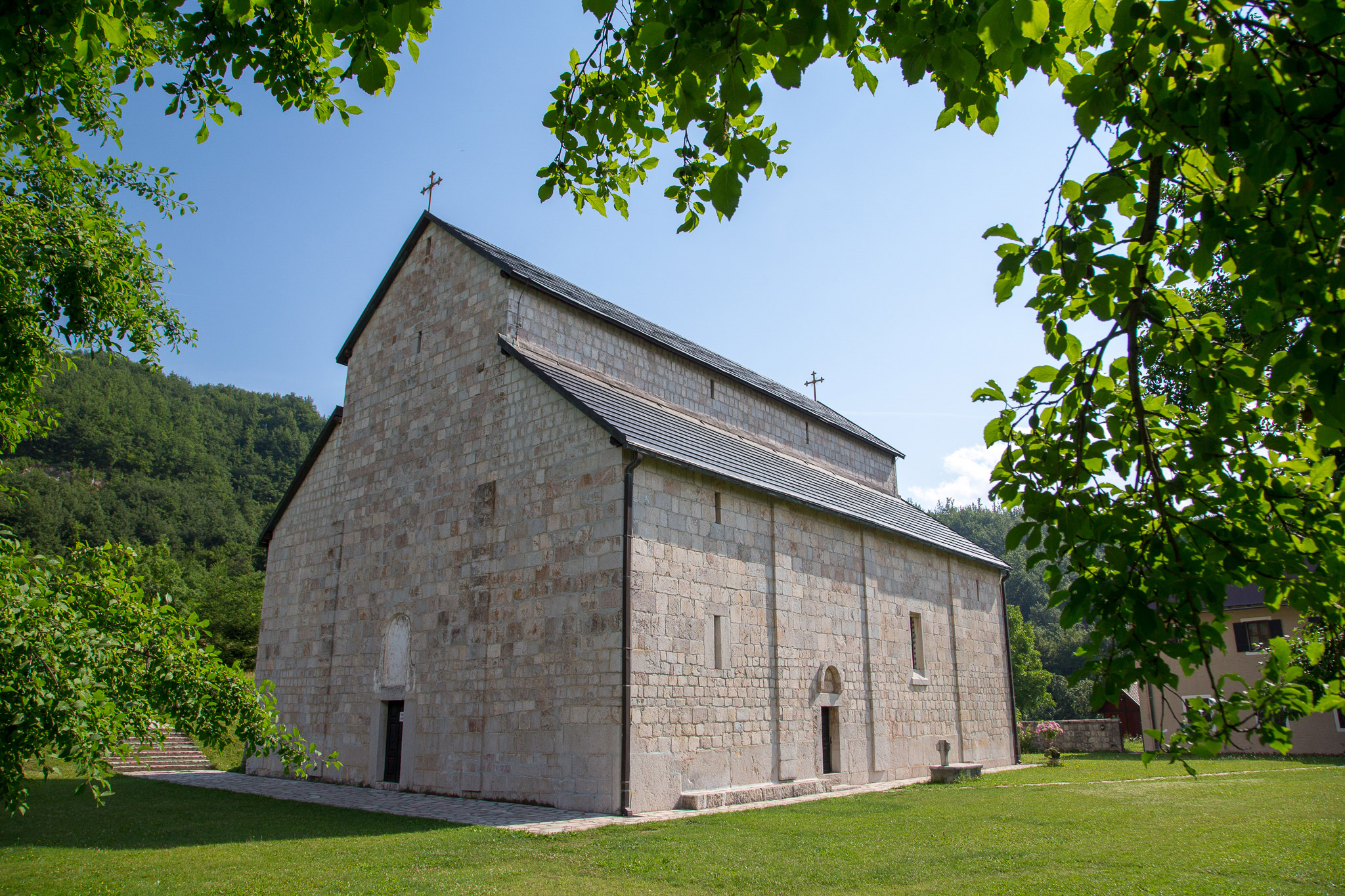 The construction work on the monastery was performed in three stages: masonry 1573 -1586, fresco painting in the main part of the church 1604-1605, fresco on the nartex in 1604 and painting of other frescoes in the nartex in 1626.

Unusually large dimensions of the church is something that immediately attracts attention. The length of the church (with the altar) is 23 m and the width is 15 m. With a dome of about 13 m high, it creates a very large interior. This large interior allowed the church to be painted with as many as 1260 square meters of frescoes. According to the description from 1937, the church entrance doors were extremely expensive and interesting. White panels of ivory – an exotic material, glued on the doors, were producing a glowing effect.

The frescoes in the Piva Monastery are the most plentiful and one of the most significant ensembles of wall painting created after the restoration of the Patriarchate of Peć. The apse contains a large fresco of the Mother of God Platytera (“More Spacious than the Heavens”), beneath which are frescoes depicting Divine Liturgy, Eucharist of the Apostles, an imposing procession of hierarchs led by St. Basil the Great and St. John Chrysostom.

The fresco called the Akathystos Hymn to the Mother of God, shown in the 24 scenes containing the hymn verses, stands out among other frescoes in the nartex.

Several holy and miraculous relics including the holy hand of King Uroš I Nemanjić, parts of the relics of St. Gregory Nazianzus, St. Gregory the Illuminator, St. Elevterios the Martyr are kept in the altar, as well as 11 other pieces of relics of unknown saints. Moreover, the monastery also keeps a part of the Life-Giving Cross of the Lord.

The monastery was rebuilt in the another location in 1982 because of the construction of a hydroelectric power plant on the River Piva.