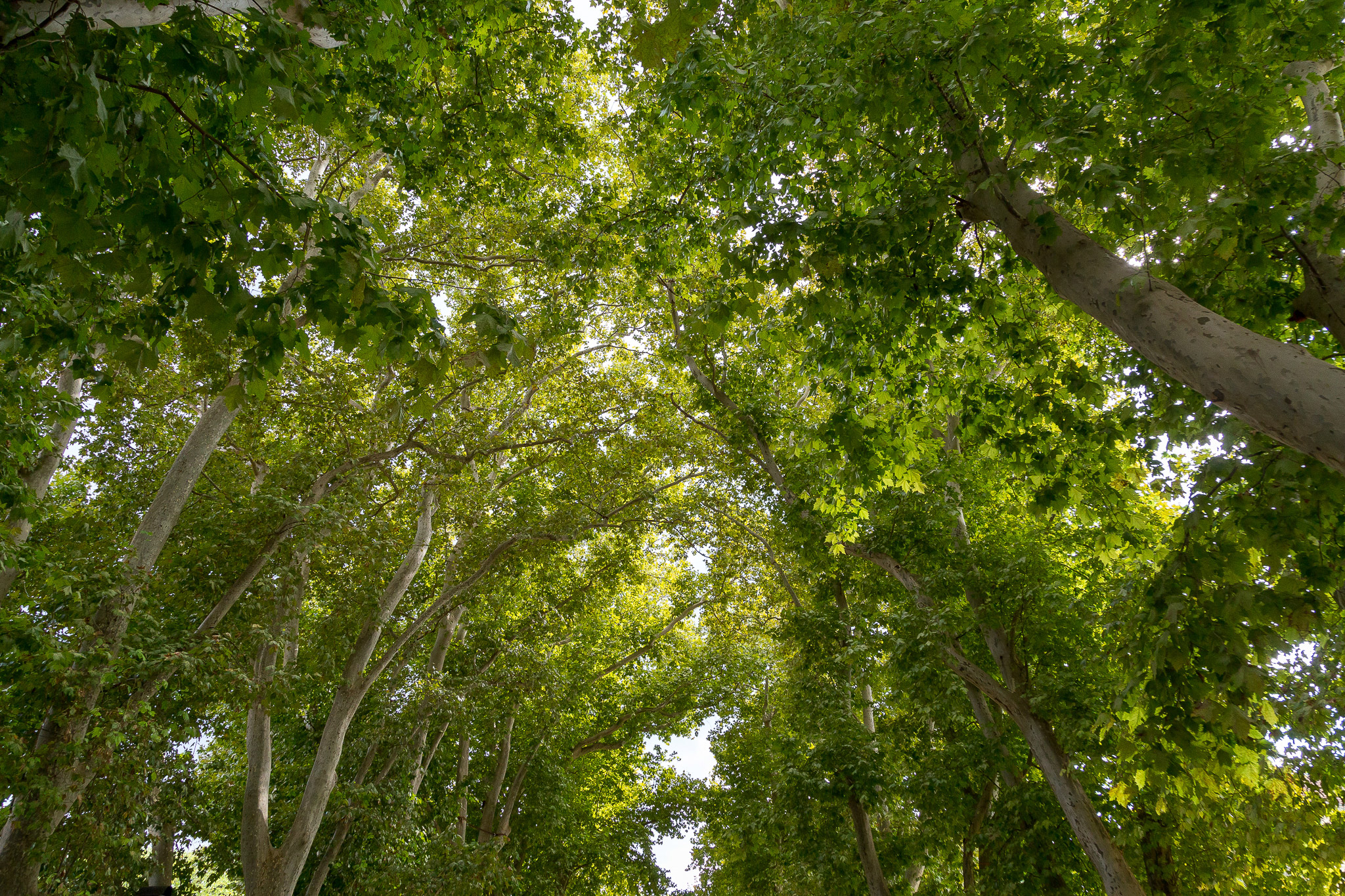 There were many stages of horticultural decoration of Trebinje. After the Austro-Hungarian occupation in 1878,  under the directive of the Government in Vienna, the Territorial Government in Sarajevo gave its consent and approval for the elaboration of the complete urbanistic plan and project for  modernization of Trebinje. As early as May 1889, the District Office in Trebinje ordered the Municipal Office that the seedlings of mulberry trees planted that year, should be watered each day for drought. The mulberry trees were planted on the north side of the city park, near the entrance gate, then on the east along its fence  and next to the fence of the Orthodox churchyard in the direction of the settlement Bregovi.

Only two young plants of mulberry trees were not planted according to the plan. One of them was planted in the Old Town in the Gerun’s garden, a house with a wine cellar at that time. The cellar has later become a restaurant known as “Bežigrad”. The second  mulberry tree was planted  near the Trebišnjica left bank ( it was broken during a storm in 2000). A year later, on 20th February 1890, the Trebinje Municipal Council made decision to buy 20 mulberry seedlings in Trsteno near Dubrovnik (Croatia) and to plant them in the city downtown  in a  row which continue in a large rectangular.

A gardener, Franjo Bratus, came to Trebinje to take care of the plane trees and another crops in February 1890. In 1894, František Jindráček was employed as a gardener. Among other documents, he enclosed a certificate of the gardening school. Ibro Zelihić from Trebinje (1897-1922) had the longest length of service of all other city gardeners. In 1922, the Municipal Council appointed Savo Babić as a city gardener and he remained on that duty until 1941.

Out of  twenty, today there is only sixteen plane trees  planted in a row which continue in a large rectangular in the city downtown. They became a giant symbol of Trebinje and formed a city  garden which is considered an ambiental centre and aesthetically the most precious part of Trebinje. At the current location of the hotel and garden “Platani” there was a flower garden cultivated and nursed by the city gardeners. Different hotel owners have changed its name since the Austro-Hungarian period- “Zagreb”, “Lovćen”, “Jedinstvo” and “Platani” are some of them that Trebinje citizens still remember.