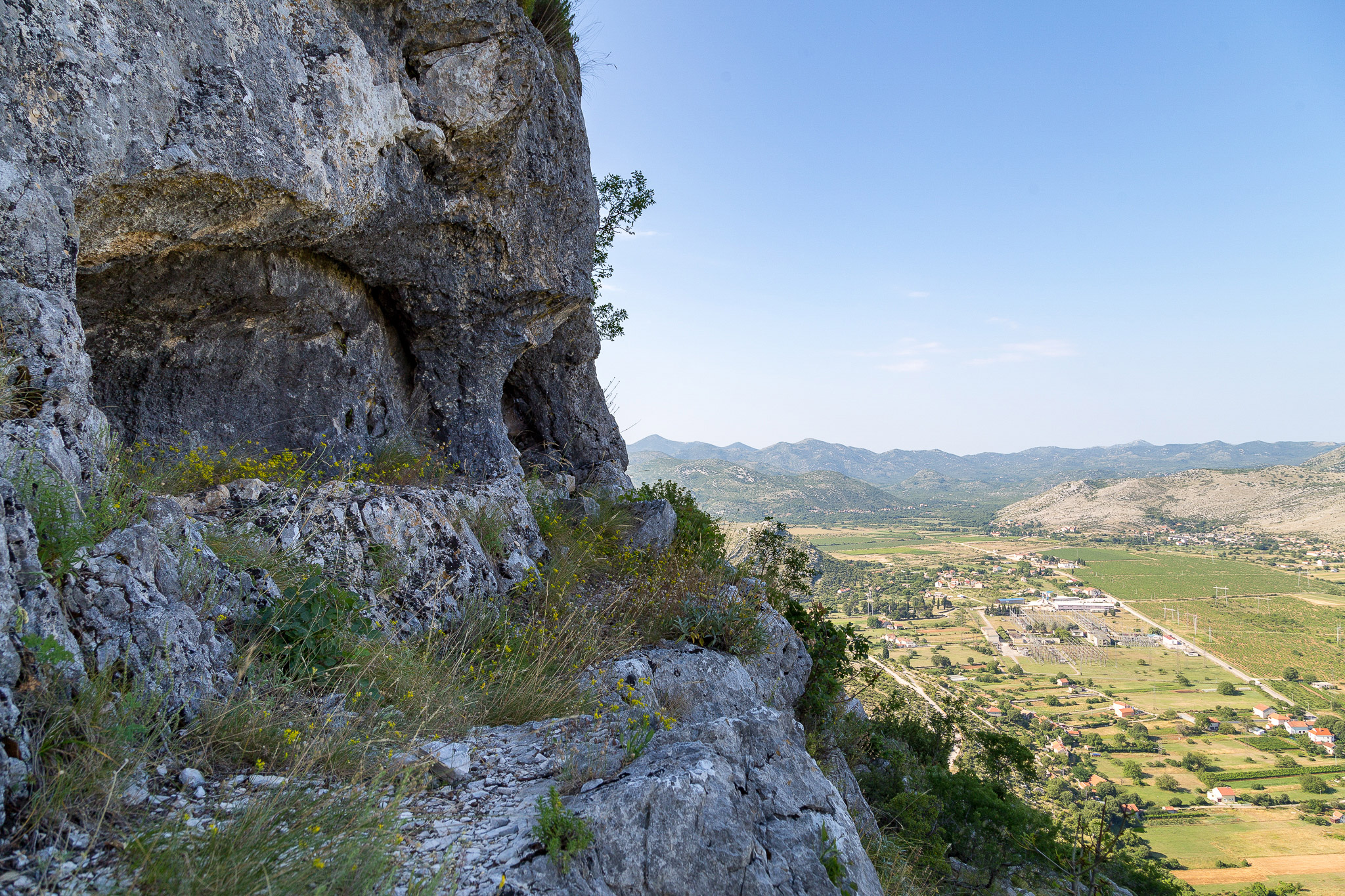 Nedeljko Marić, a journalist for the “Voice of Trebinje”, the local newspaper, was bewildered, to say the least, when he felt that someone was watching him from the hill. Utterly confused about what had happened, he asked his colleague if he felt that someone was actually watching them. His colleague, being even more confused, agreed to go back and check if it was only an illusion. After they had returned, they were intently looking towards the stone massif, when they once again, almost at the same moment, were puzzled by the “stone eyes” gazing at them. As they approached it, they spotted and photographed this natural and cultural phenomenon.

Apart from the local newspaper “Voice of Trebinje”, some television stations were reporting about the “stone eyes” and recorded that many TV viewers also had similar experience and were  interested to visit this location. The “stone eyes” are important within the field of medieval studies. They are considered a natural phenomenon, but human intervention visible on the “chair”, an integral part of the “eyes”, classifies them as a cultural phenomenon as well. When observed from a distance, the “chair” part resembles a beard, so it gives an appearance of a rough male face.

Many “stone chairs” can be found in Bosnia and Herzegovina, but they have no “stone eyes”. A stone chair, similar to this one, only with no “stone eyes” can be found in the Village Turani in Ljubomir, near Trebinje. Šefik Bešlagić published a book “Stone Chairs in Medieval Bosnia and Herzegovina” and dated them to the XV century. Rulers and dukes, men of high standing at certain levels and in certain areas, used those and similar chairs. The “Stone eyes” and the stone chairs are peculiar as to those who occupy these chairs they grant not only a higher authority but are also perceived as shrouded in a mist of respect, veneration and mysticism.

This “stone eyes” supposedly originate from the XV century and they can be seen south of Trebinje on the location named Stančeva Gomila.