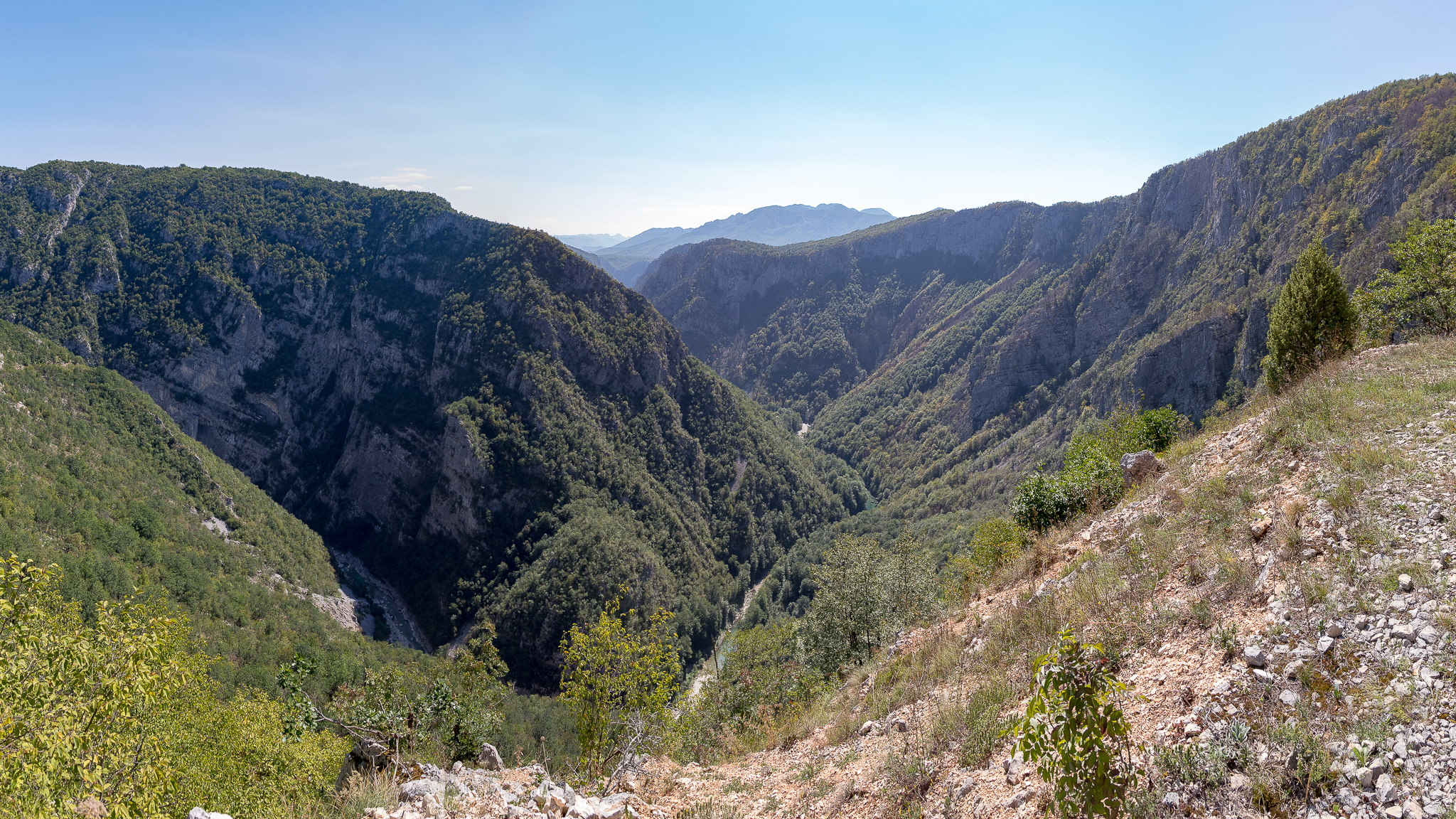 The Komarnica River is the tributary of the River Piva.  The Komarnica River originates at the foot of  mountain Durmitor and reaches the mouth of  Piva Lake by a 600 meters deep and about 40 kilometers long canyon. In its course, it receives water from the rivers Pridvorica and Bijela.

The most attractive part of the River Komarnica is a 2 kilometers long Canyon Nevidio[1]. The canyon begins at an altitude of 935 meters, and ends at 810 meters above the see level. The width in some places is only 25 centimeters.

Due to its specific characteristics and inaccessibility, the canyon had remained unexplored for the long time. First serious but unsuccessful attempts to conquer the canyon were between 1957 and 1964. The first attempt was carried out in 1957 by a group of people from “Geozavod” Belgrade. Another, also unsuccessful attempt, carried out by a group of mountaineers and cameramen from Serbia and Montenegro, led by a speleologist Dr. Jovan Petrović, was in 1957. Lack of proper equipment and a high water level prevented them from accomplishing their goal. Thus, the Canyon Nevidio had a reputation of the last unexplored and unconquered canyon in Europe.

In August 1965, members of MSS “Javorak” from Nikšić, eight mountaineers and three cameramen with diving and mountaineering equipment, passed through the canyon for the first time. It took them two days to pass through it and the mountaineers spent a night on the cliffs above the canyon. After their success, several expeditions have passed along the same route, and lately there are guided tours to the Canyon Nevidio.