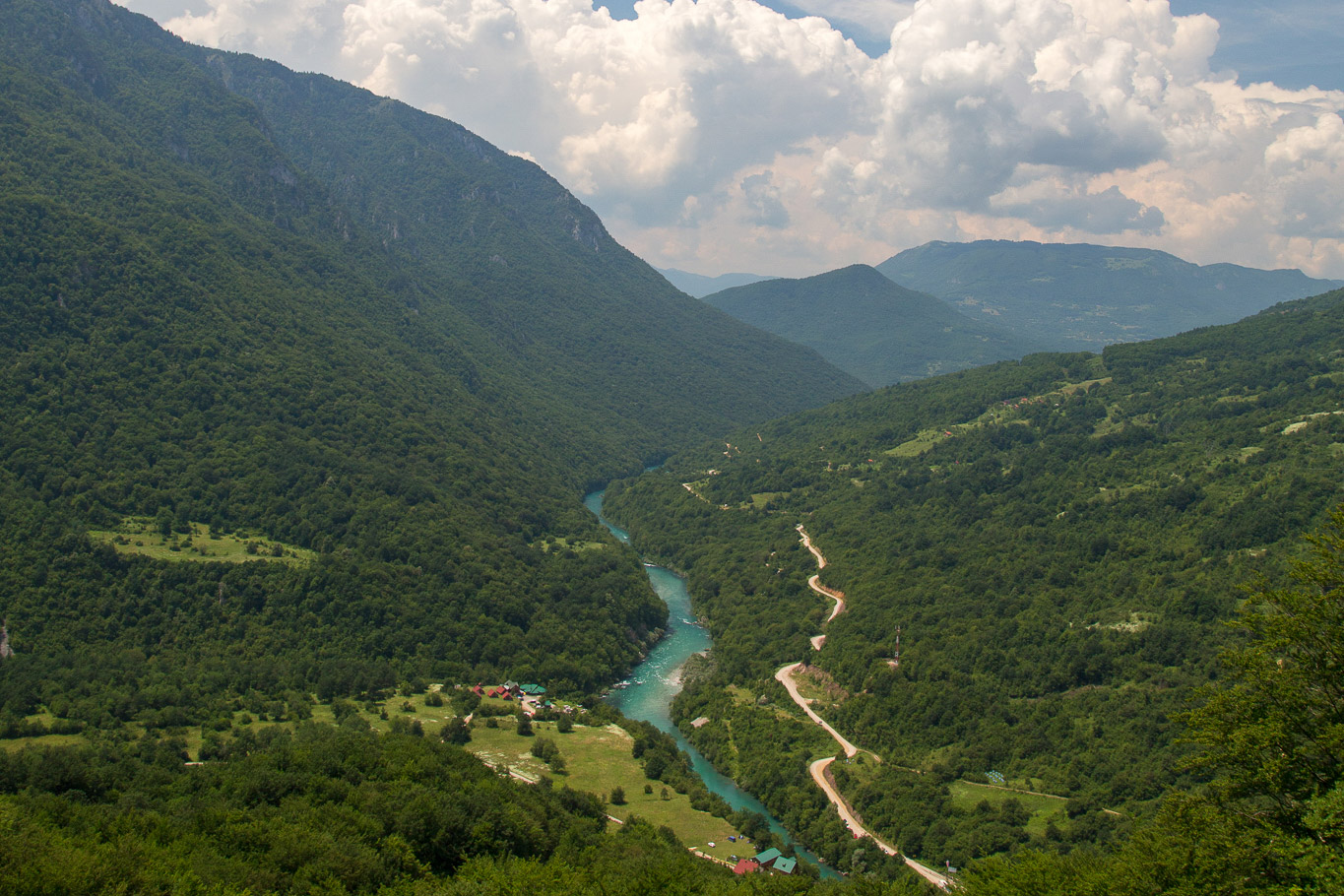 CONFLUENCE OF RIVERS TARA AND PIVA

The River Drina, which belongs to the Black Sea basin, is formed at the point of confluence of the Piva and the Tara rivers, at Šćepan Field at an altitude of 470 m. The River Drina emerges and belongs to the Black Sea basin. Both rivers flow along the tectonic structure of karst, heading northwest. Strong erosion in the limestone massifs has produced almost impassable, deep and narrow canyons.

Both Piva and Tara are rivers in north western Montenegro. The Tara is 141 km long and emerges at about 2000 meters above sea level below the Mount Komovi, part of the mountain range Prokletije. The canyon at its deepest is around 1,300 meters (4,300 feet) deep. These parameters make the Tara River Canyon one of the deepest river canyons in Europe, and indeed the world. Most of the Tara River flow (including its canyon) is protected as an UNESCO World Heritage Site. It is also known as “The Tear of Europe”. The river water is drinkable on any parts of its stream. This river is perfect for rafting and fishing.

The Piva River is 91 km long. Artifical Piva Lake, created in the Piva River Canyon in 1975, by construction of the Mratinje Dam, is about 45 km long, and in some places more than 200 m deep. The Piva River is incredibly clean and its water is drinkable. Piva Lake is considered the largest reservoir of drinkable water in the world. The Mratinje Dam is 220 meters high and is among the largest dams in Europe. The view at the dam is spectacular and it looks imposing and unreal.

The area of the Piva and the Tara rivers confluence near Šćepan Field is abundant in numerous rafting camps with traditional cuisine. The whole area is ideal for hiking and cycling. Other activities include numerous water sports, rafting, canoeing, free climbing and photo safari.