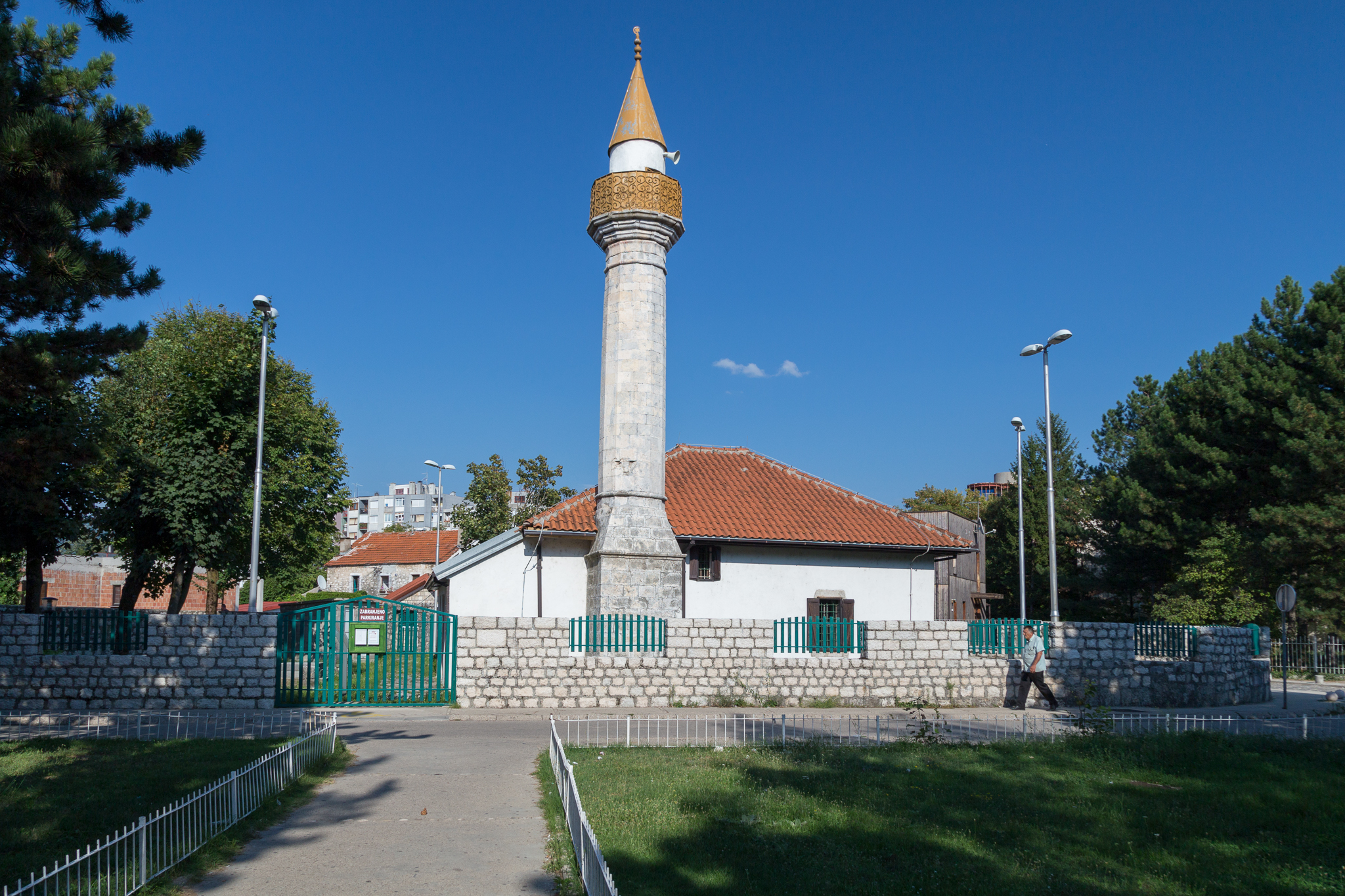 There were four mosques in Nikšić: Pasha’s Mosque, Hadži-Danuš’s Mosque, Donjogradska and the mosque in GrudaMahala[1]. The only remaining mosque in the Town of Nikšić is located in Gruda Mahala. Hadži-Ismail Lekić, a trader from Nikšić, member of Mehmednikić brotherhood from Gruda, raised this place of worship at his expense in 1807 (1219 in the Islamic calendar). The mosque was erected in the same place where the other mosque had been damaged during the Montenegrin-Russian attack at Niksić in 1807.

The mosque in Niksić testifies of the Ottoman regime in these regions, and, at the same time, it is a symbol of tolerance and the harmonious life between multiple religions and nations. We can follow the development of Nikšić through its history, under the regime of both the Ottomans and  the Montenegrins.

The Hadži-Ismail’s Mosque is a very simple building. The square base is of smaller dimensions and the building is covered with a four-eaved roof. The interior of the mosque is also simple.

It is entered from a small lobby divided into two parts, on the right is a gusulhan[2], and, on the left, a mekteb classroom[3], that is, the office of the imam[4]or some other servant of the mosque.

In 1952, the Hadži Ismail’s Mosque was put under the protection of the state as a historical monument, not because of its architectural value, but as the only cultural monument from the Ottoman’s period on the territory of Niksić.