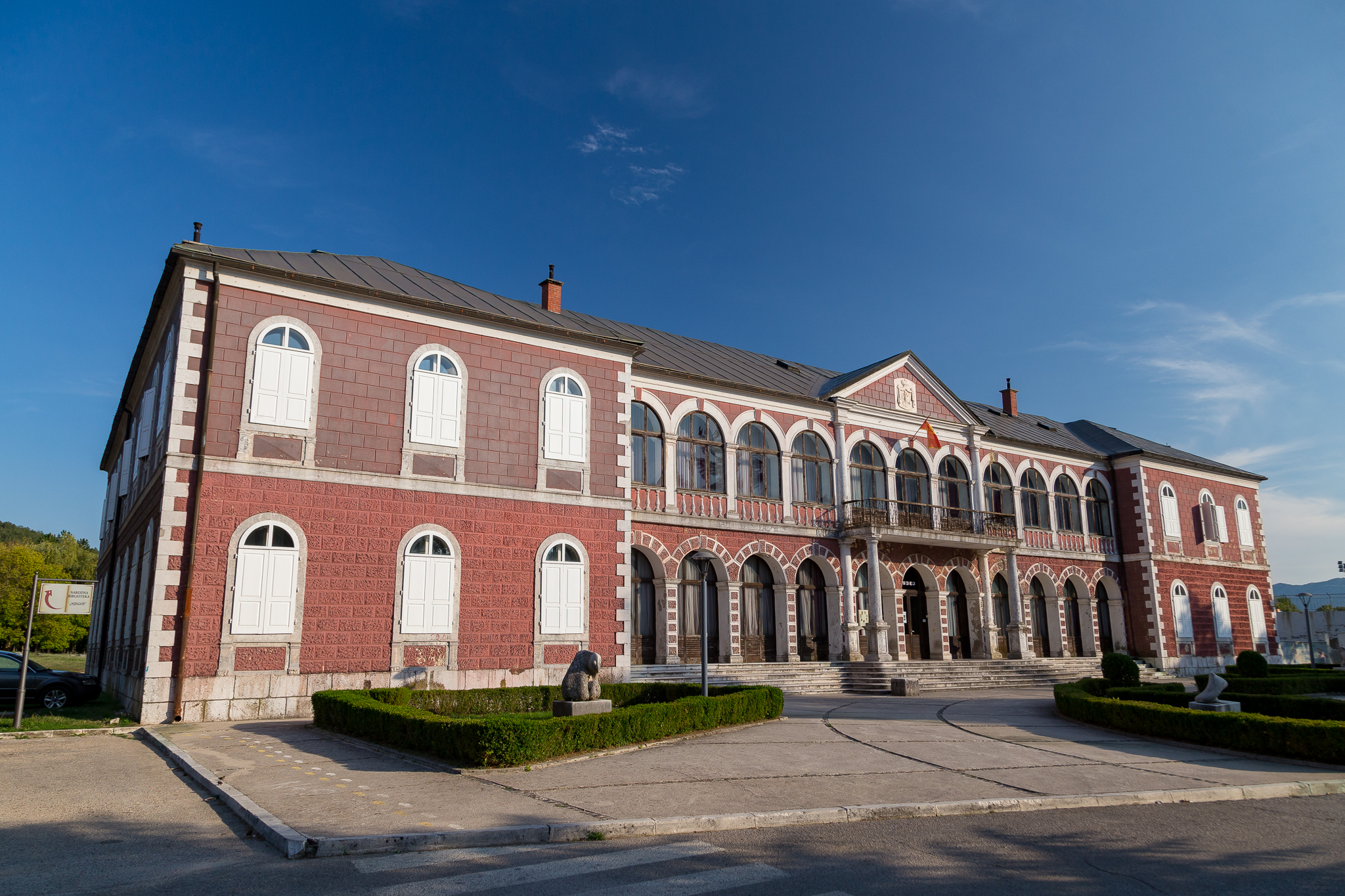 The palace was a summer residence of the King of Montenegro.

The palace has a square base and an Atrium that lies in the core of the layout, used as a yard and leisure area. The main construction workers were Italians. The front part of the palace faces west and it is made of 2 rows of arcades, each  with 11 columns. There are two wings on the side of the palace. It was built with half-oval hewn stone. Its facades are enlivened with richly accentuated windows.

The palace currently houses the Heritage Museum and Archaeological collection from the Red Rock prehistoric site.

There are also other collections from the antiquity, middle ages, liberation wars as well as the ethnological collection.