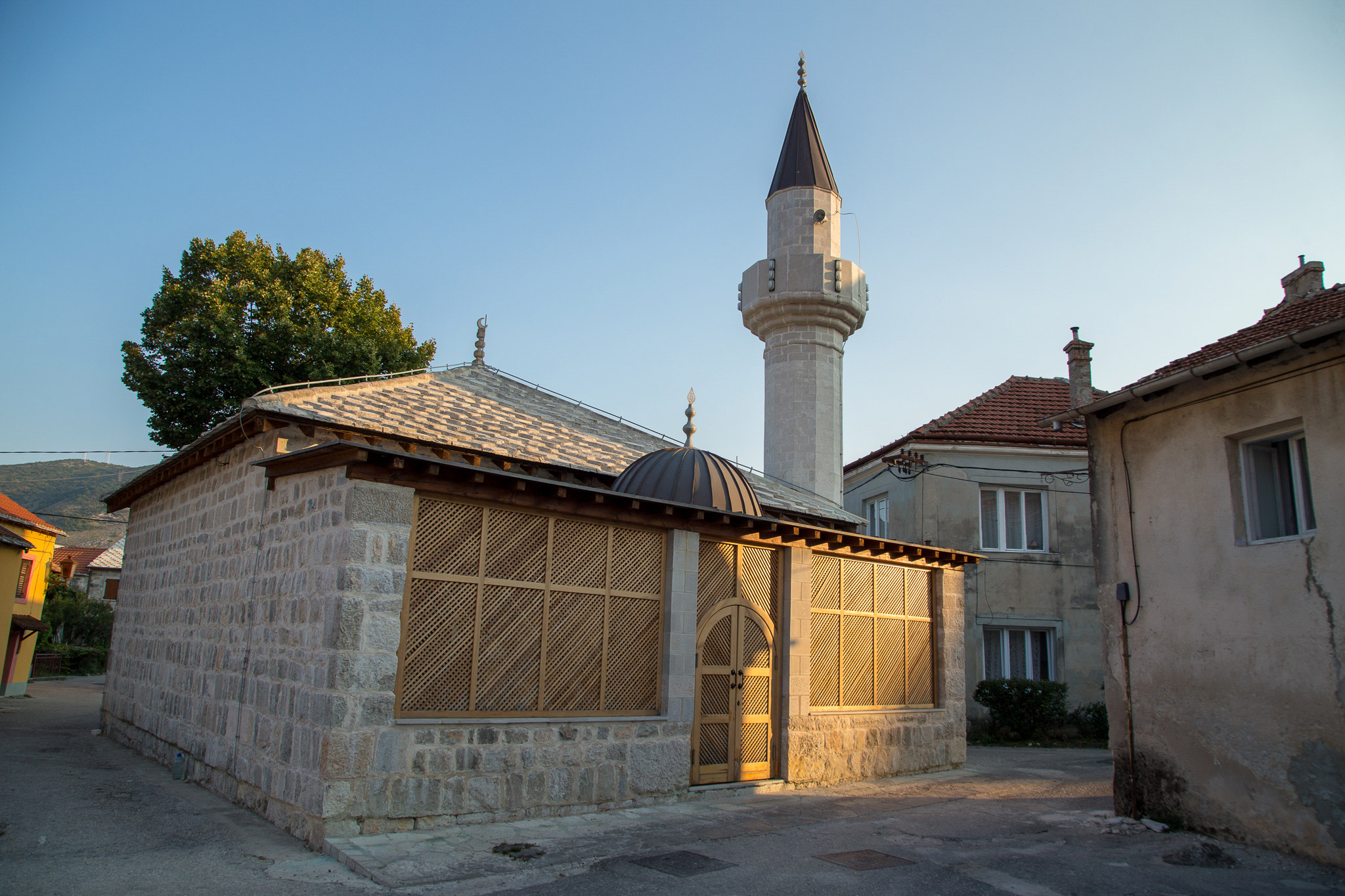 MOSQUES IN THE OLD TOWN

The mosques in the Old Town complete and complement the image of the Castel, giving the patina and the Oriental scent to the narrow streets and houses scattered around, as well as to wide squares paved with worn and cracked stone slabs. The Old Town in Trebinje, as original Oriental cultural-historical heritage, is the only old town built during the Ottoman rule, with evident influence of the Mediterranean architecture, characterized by large openings on houses and wide streets with two piazzette[1] around which the settlement was formed.

A story passed down through generation, as well as the record from 1701, say that the older Emperor’s Mosque was constructed from the stone of a destroyed mosque which had been built in the settlement Police in Trebinje at the end of the XVII century. The story  In 1719, Osman Pasha Resulbegović built the mosque dedicated to Sultan Ahmed III. The mosque was built on the smaller square in Castel with a small cemetery and a fountain within its courtyard. As a legend has it a muezzin who had fallen down from the minaret of the mosque while learning  adhan  was burried in the cemetery.

The new, bigger mosque, was built in 1726 as a legacy of Osman Pasha Ruselbegivić. It is located  in the Old Town, not far away from the entry gateway (Hadžihasanović’s Tower), the construction built by the Austro-Hungarians, located above the tunnel and a drawbridge.

The Osman Pasha Mosque is the most spacious mosque in Herzegovina. It was built of hewn stones and covered with a four-eaved roof. An octagonal stone minaret, 16 meters high, was built by the right wall. It is considered one of the most beautiful minarets in Herzegovina. It is spaciuos and  bright and has graet acoustic. Its walls and mirhabare decorated with beautiful ornaments and caligraphy. The entrance is vaulted by a single dome.

Both mosques were constructed by architects from Dubrovnik and thus reflect certain ornaments present in the Mediterranean architecture. The mosques are National Monuments of Bosnia and Herzegovina.