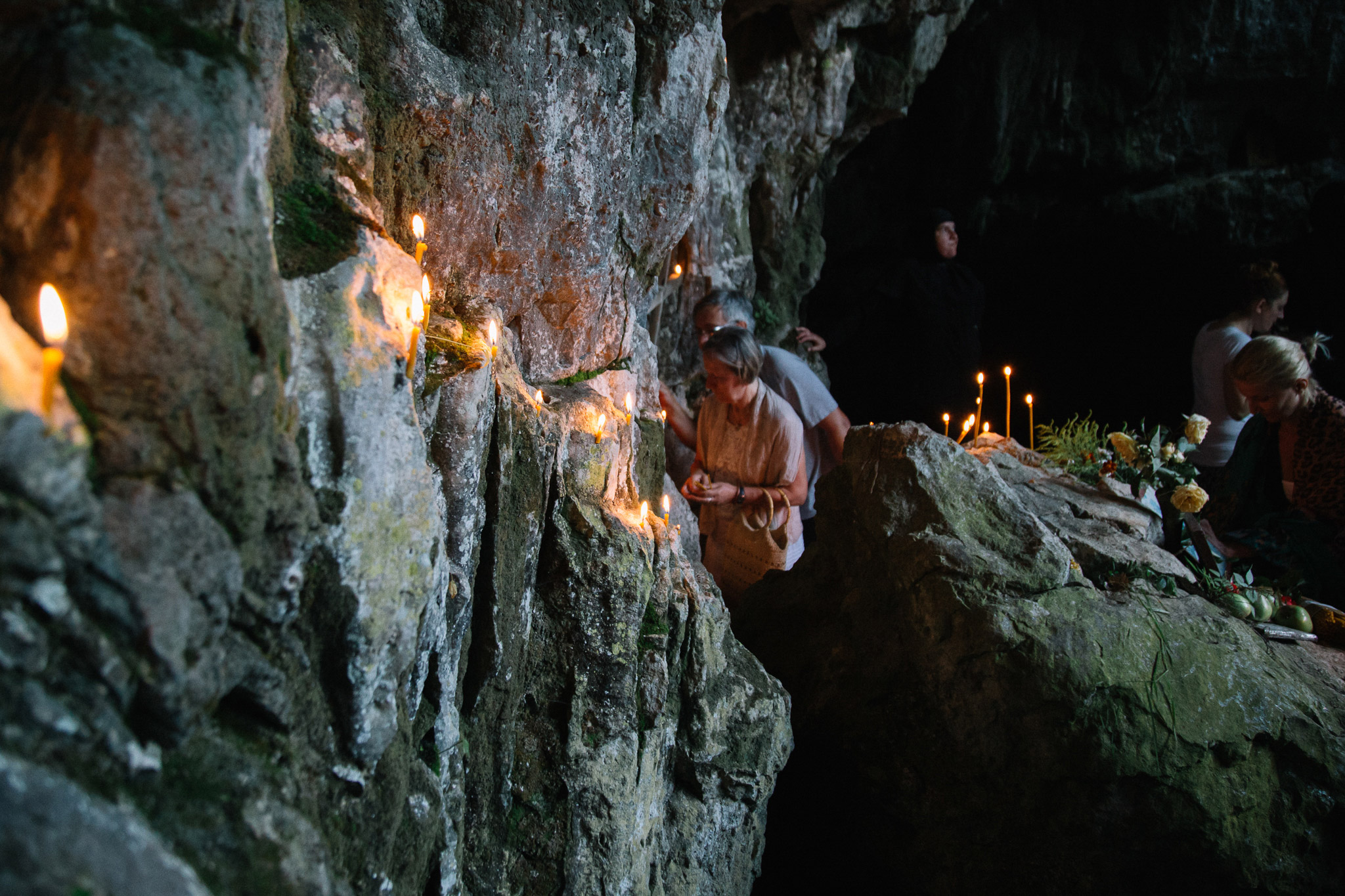 The Paul’s cave is one of pre-historic localities, situated two kilometres from the Monastery of Sts. Peter and Paul in the village of Čičevo near Trebinje. The cave itself consists of several rooms adorned by massive columns formed from large calcite crystals. A small pond located in one of the rooms has become the subject of numerous legends, which gives a special significance to this cave. According to the oral tradition, the water from the pond is believed to have magical properties and if young women use it to wash their faces on the feast of Saints Peter and Paul, it will make them look beautiful and attractive throughout a year, helping the unmarried find spouses, and those already married be loved even more. There is also a belief that it may benefit women with fertility problems.

One of the legends is based on the oral tradition that Saint Paul the Apostle stayed in the cave, hence the name Paul’s Cave. As the follower of Christ, hiding from the Roman authorities, he preached to the early Christians in the cave. In commemoration of that, even to this day, a great many believers and clergymen traditionally gather for the church service on the Feast Day of Saints Peter and Paul (12th July) in that cave. The cave also has a stone altar and an icon of Saint Paul the Apostle.

The historical context from which the oral tradition regarding the sojourn of St. Paul in Herzegovina originates is evident in the continuity of the Paul’s cult which, according to the inhabitants of the surrounding villages, persisted undisrupted until the Second World War. Starting in the 1945s the cult begun to wither, but as of 1995, liturgies, baptisms, and other services are again being performed in the cave.

The historicity of the cult has also been confirmed through archaeological excavations performed in the Paul’s Cave as a variety of artefacts were unearthed at this location. The cave is located in the mountain range above the village of Bihovo, in a typical karst landscape. So far, the cave was excavated preliminarily by Prof. Dr. Djordje Janković only. He compared the new archaeological findings with the testimony of St. Paul about the role he had in spreading Christianity in Illyricum (Epistle to Romans), and with numerous folk stories about St. Paul’s stay in Illyricum (Trebinje, Mljet and the Krka Monastery).The Paul’s Cave is under the protection of the Institute for the Protection of Cultural-Historical and Natural Heritage of Republic of Srpska. It has been declared a national treasure.