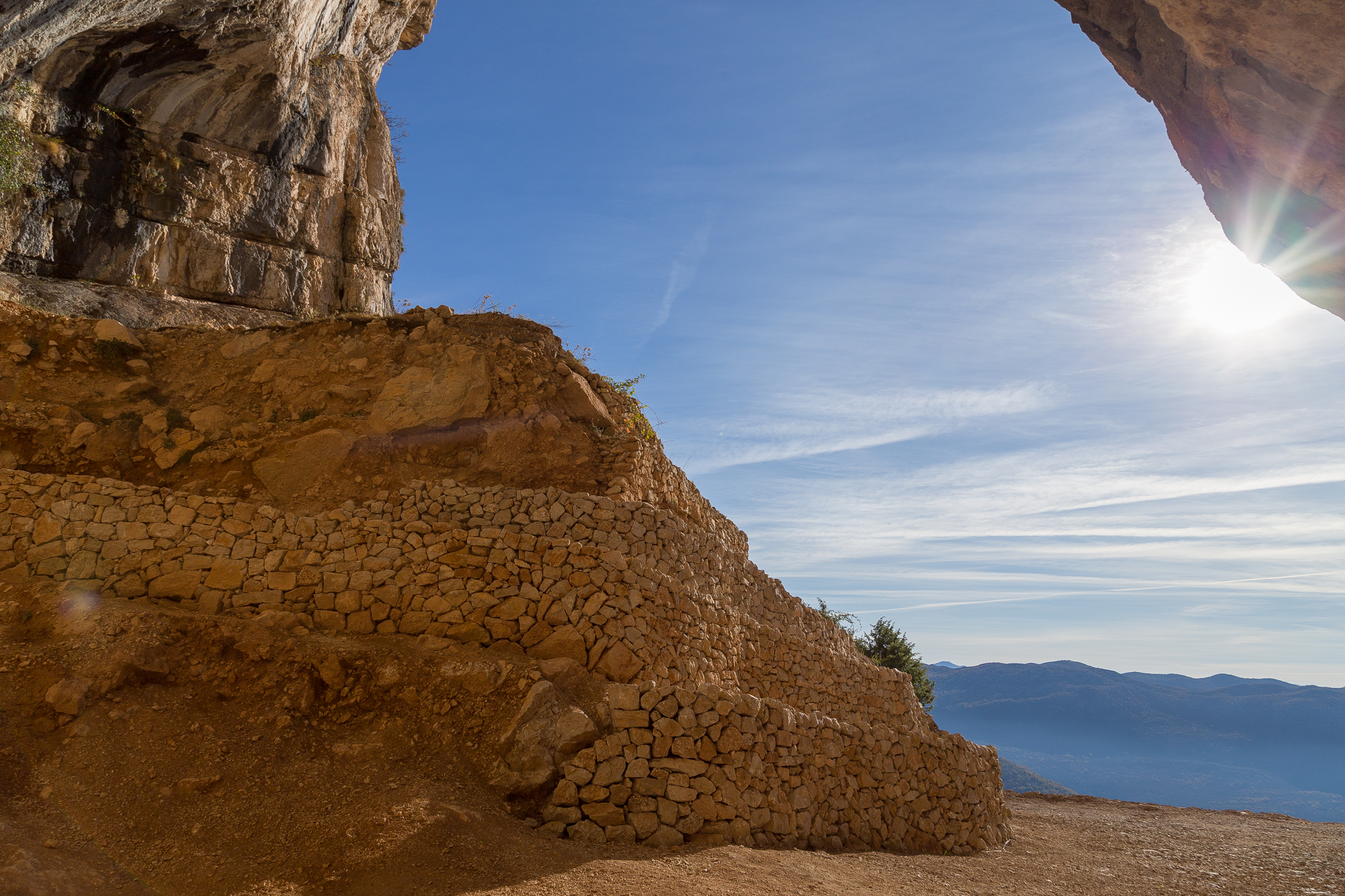 The Red Rock Cave is an archaeological site from the Paleolithic Age. The cave was discovered in 1954.

The Red Rock is the most significant prehistoric site on the territory of Montenegro with more than 20 meter-thick cultural layers formed in the period from the Middle Paleolithic to the Bronze and the Iron Age.

The Red Rock provides an almost unique opportunity to discover information about the earliest organization of the Middle Paleolithic (Neanderthal) society, the long transition from the Middle to the New Paleolithic era, the economic and social adaptation until the end of Pleistocene and the beginning of the contemporary climate conditions, and finally, introduces the agricultural way of life in Europe during the Neolithic period. Furthermore, the Red Rock has cultural layers dating to the Bronze and the Iron Age.

No archeological site on the territory of Europe possesses or provides such a wide spectrum of archaeological potentials and capacities, which make this location meet the criteria of uniqueness and rarity in its category.
This archaeological site provides insight in the cultural changes, development of society and its natural surrounding until the Iron Age, within time span of more than150000 years.