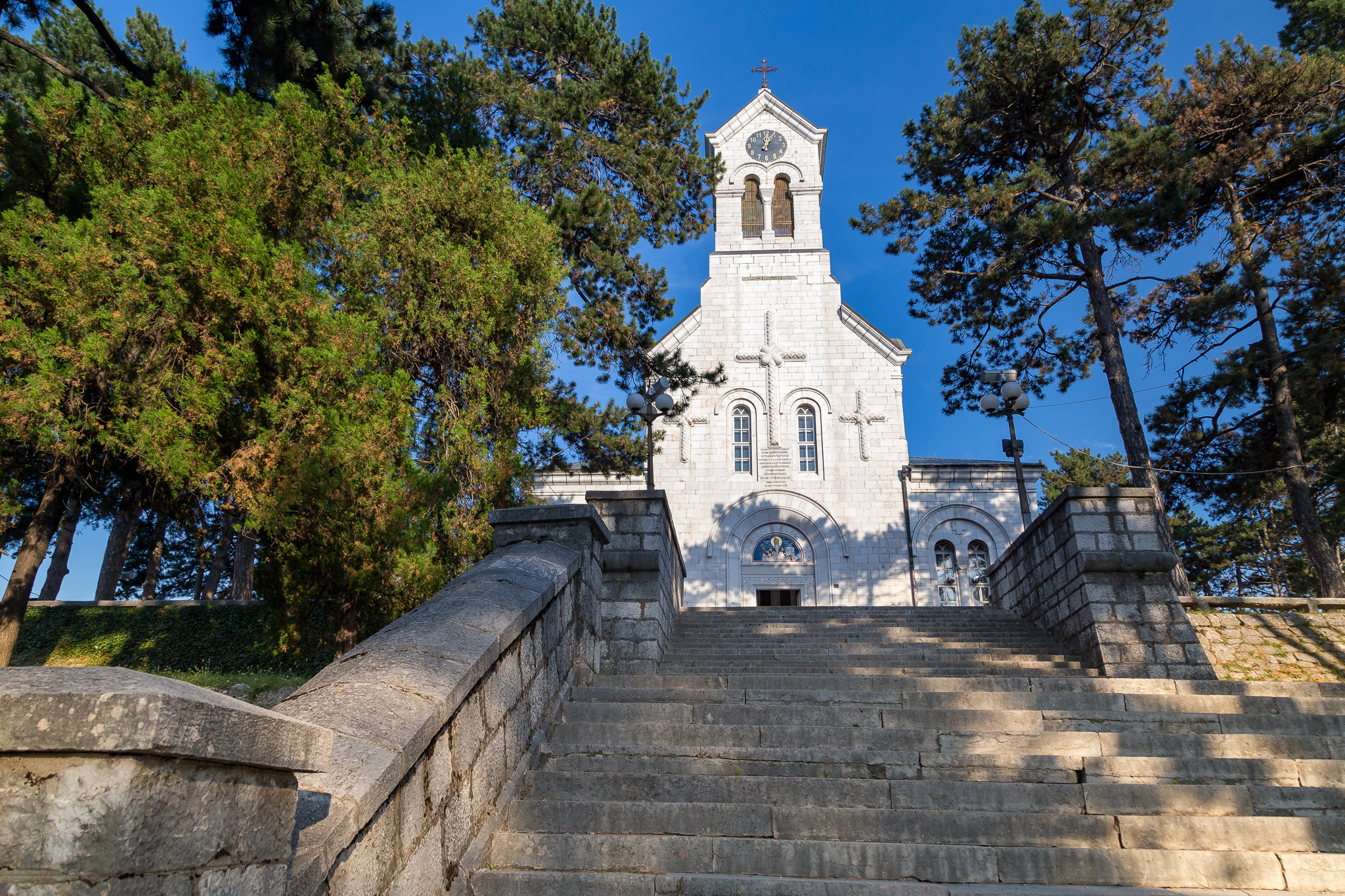 The plan of the Orthodox Cathedral of St. Basil of Ostrog in Nikšić relies on previous traditional building style, but its process of design and construction makes it stand out as a unique whole, representing a qualitative progress of the way Orthodox churches are being built on the territory of Montenegro.

The Orthodox Cathedral of St. Basil of Ostrog in Nikšić is a work of the Russian architect Mikhail Timofeyevich Preobrazhensky.

Nikšić was chosen to be the center of the Zahumsko – Raška eparchy upon its creation in 1878.

The church served as the temple of the Zahumsko-Raška eparchy, until 1931, when this eparchy was abolished and attached to the Metropolitan of Montenegro and the Littoral. It possesses cultural values of national significance (authenticity and integrity, degree of preservation, architectural, environmental, educational significance).

Following the suggestion of the engineer Josip Slade, Peter’s Hill was chosen as the best place to raise the church. The foundation stone was set on July 4, 1895. The construction lasted for 5 years. The architect Preobrazhensky designed the Orthodox Cathedral according to the architectural form of Byzantine cross-in-square church. The construction was funded by the Holy Synod of Russian Orthodox Church and Russian Emperor Nikolai.