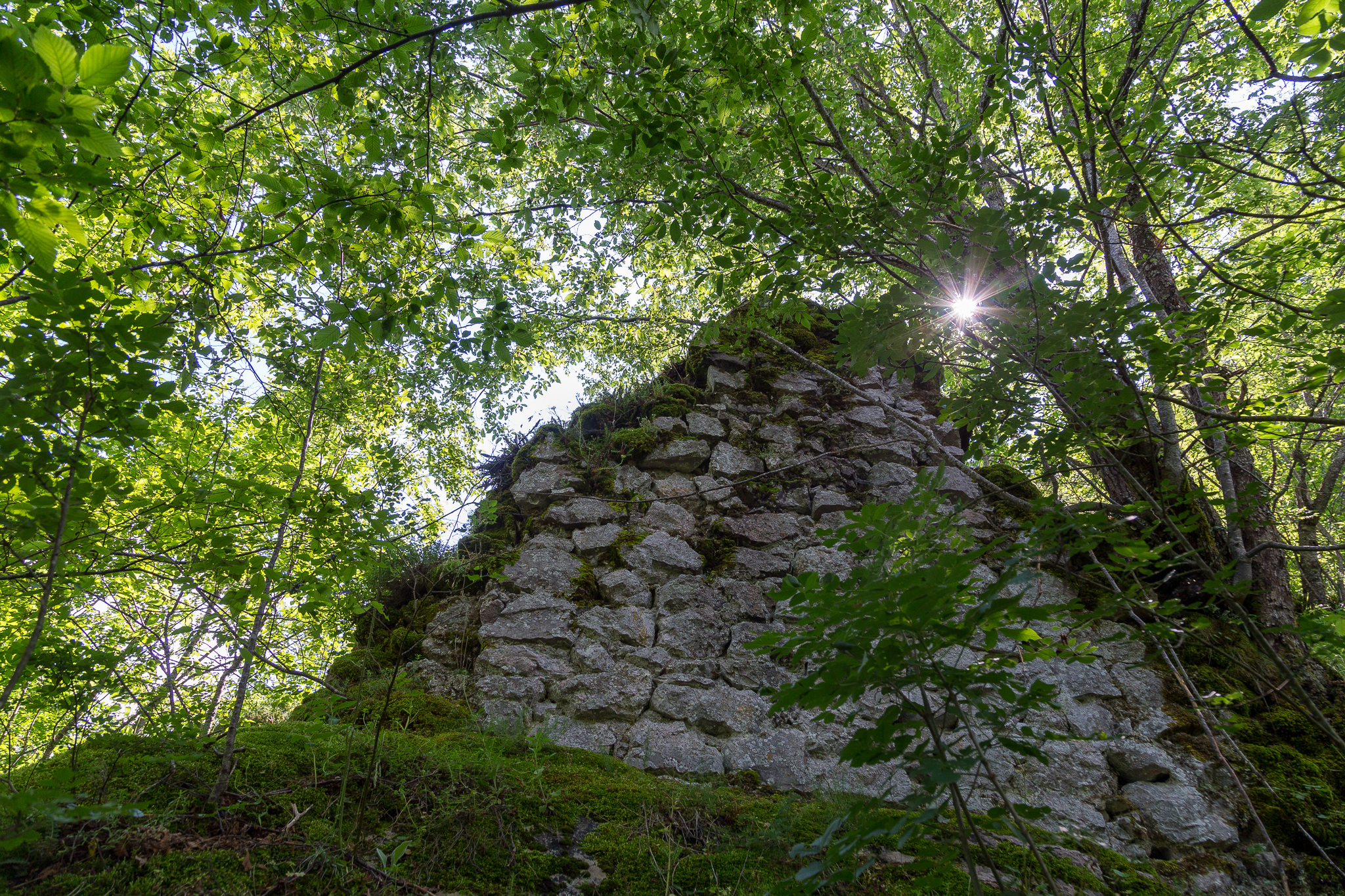 Soko Grad is a medieval city and fortress in Montenegro, between the rivers Piva and Tara, an hour’s walk from where the Drina is formed by these two rivers. Located below the Soko Hill and above Šćepan Field, the Soko Grad was the capital of Herzegovina. The city was the residence of Sandalj Hranić (1392-1435). After his death, the city was governed by Herceg Stefan Vukić (1435-1466) until it fell under the Ottoman rule. There is no doubt that Soko was his main residence, because it is mentioned on the first place in all the well-known documents from the XV century. Herceg Stefan of Sokol was named after it.

With the remains of walls and towers, as well as two benches hewn into in the stone and facing the Piva River, it rises about 400 meters above the river. The only possible location of the Herzeg’s palace, mentioned in the charter, was a small plateau below the highest part of the fort. The city also had suburbs, located much lower on the confluence of the rivers Piva and Tara, called Šćepan Field. There are still remains of a larger church building. The remains of old habitats, old cemeteries and plenty of stone blocks and tombs, slabs decorated with carvings, witness a presence of a big settlements with large population at that time.

Due to the unfavourable configuration of the terrain, the city had a  row of large defence walls interrupted by almost vertical rocks. The city can be approached from one plateau, above which are steep cliffs with remains of the the Upper Town.