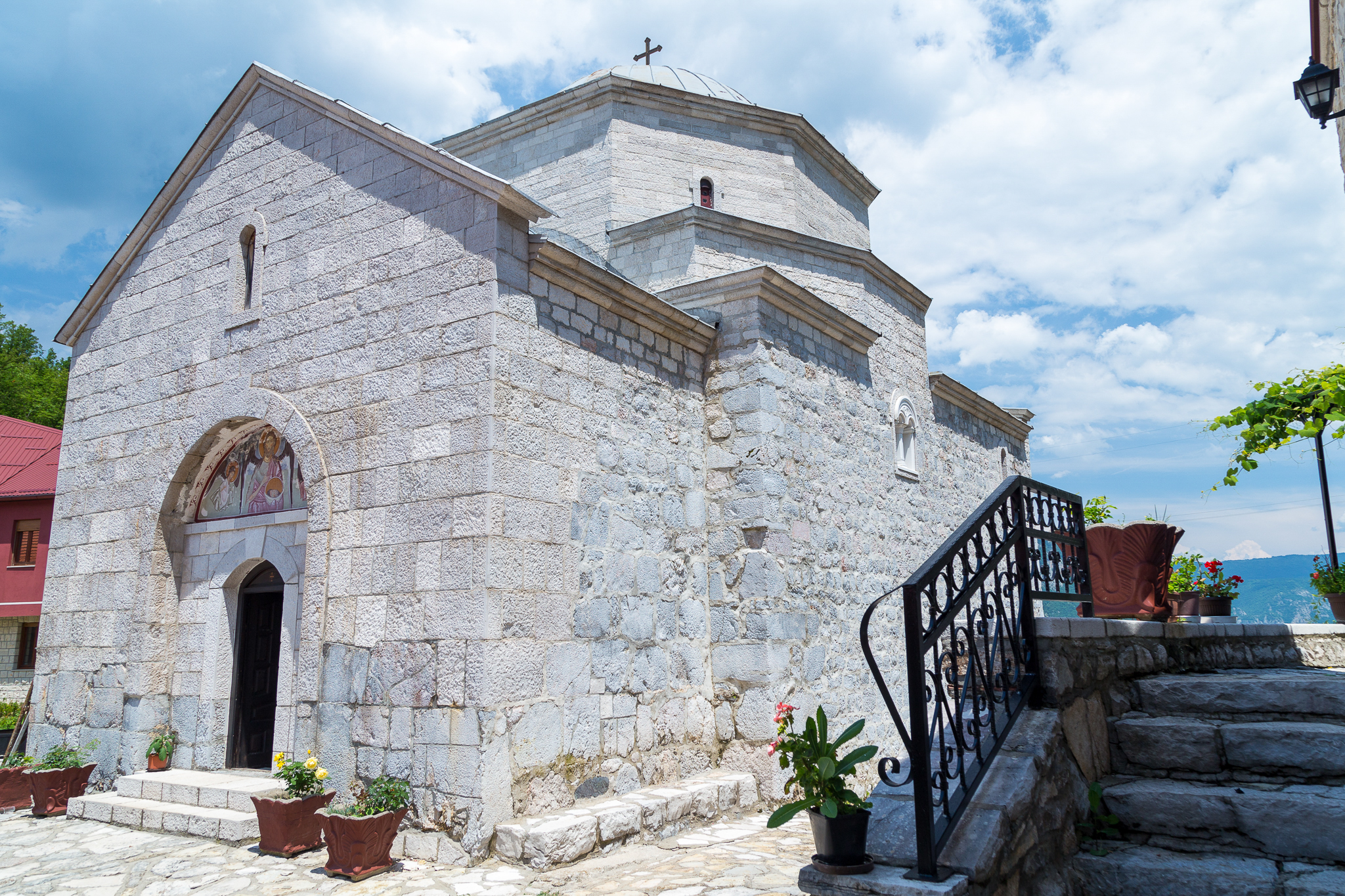 The Zagrađe Monastery, the foundation of the Herman Stefan Vukčić Kosača, was built in the first half of the 15th century above the compositions of the Piva and Tara rivers, in the center of the ancient Serbian region of Hum.

The church of the monastery of Zagrađe is dedicated to the birth of St. John the Baptist. The monastery is about halfway from the medieval fortified town of Sokol and Scepan Polje – places that are mentioned under the toponym of Medjuzjeje for the first time in the reports of Byzantine chroniclers from the X century.

The patron saint Herceg Stefan (1404-1466) was the grandson of the famous Duke Vlatko Hranic Vukovic, who as a military leader led by King Tvrtko participated in the Kosovo war.

This church is in architectural sense, basically an expression of inspiration by a school of architecture that represents a proven successful combination of Eastern and Western ecclesiastical architecture, it also recognizes the continuity of these aspirations, incorporated in such a way as to function as an Orthodox Christian chant.

It is worth mentioning remarkable static solutions that allowed the church to remain under its dome almost 600 years ago, even though the lead cover was removed from it immediately after the arrival of the Turks, to be covered by the then newly built Aladža Mosque in Foca.