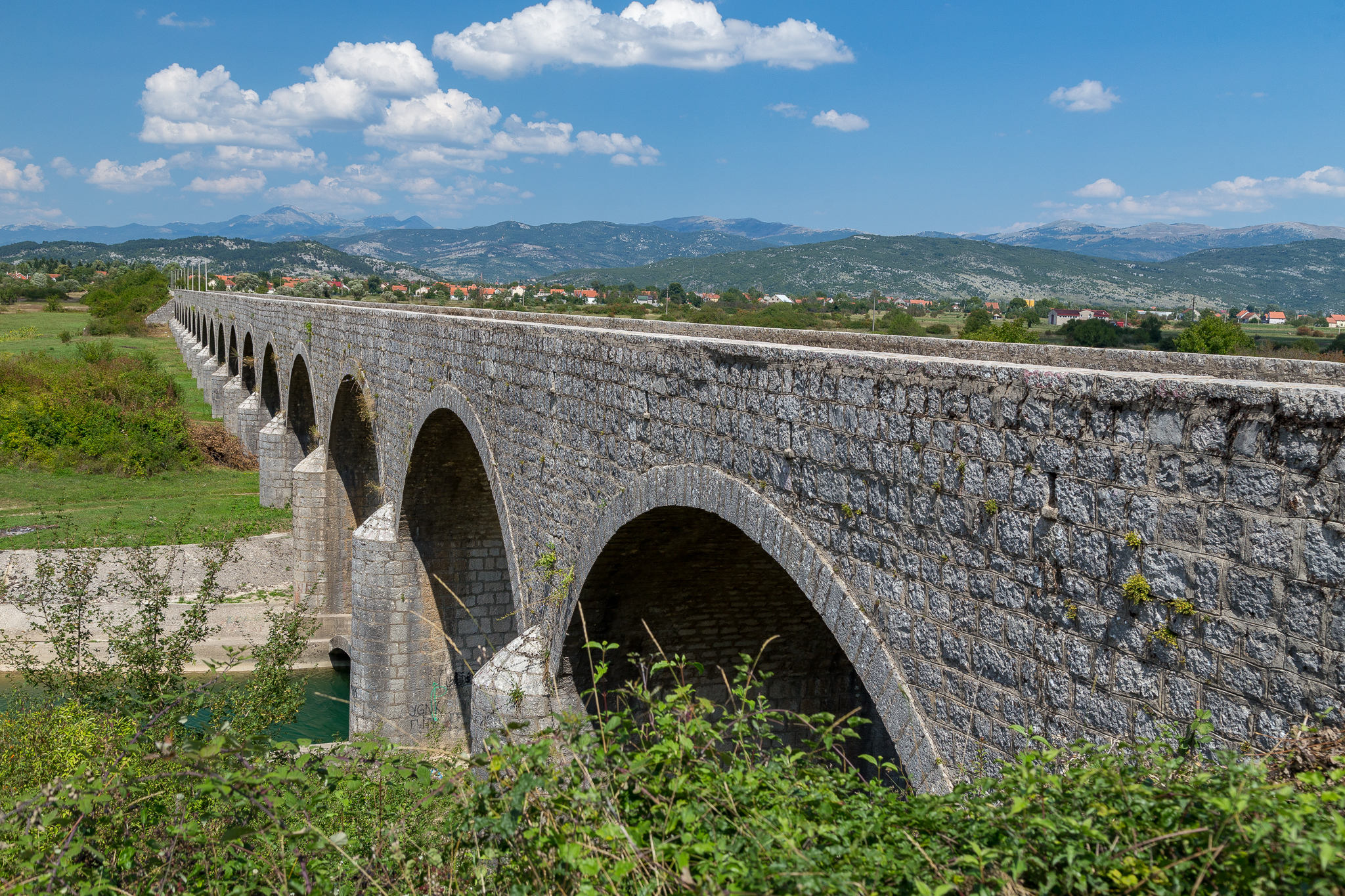 The Tsar’s Bridge, although more than one century old, still attracts the attention of numerous visitors who admire its construction and, at the same time, learn about rich history of that region.

The Tsar’s Bridge is 270 meters long and 13 meters high. It is remarkable for its significant length and many spans. There are 20 spans in total, 18 high and 2 low—the highest span measures 13 meters. For its beauty and structure, the bridge is deservedly called one of the most impressive bridges in Montenegro.

According to some historical records, King Nikola ordered the gilding of the bridge, and that was done by building in a gold coin in each column!

Constructed to bridge the River Zeta, the Tsar’s Bridge is located in the lower part of Nikšić Valley. It is located on the very outskirts of Niksić, following the old road to Podgorica, via Pandurica.

The bridge is a real inspiration and challenge for photographs. Rudolf Mosinger, the well known photographer from Croatia who came in spring 1910 at the invitation of King Nikola when Montenegro was declared kingdom, had a task to tour Montenegro and present it through photos in the album “Pictures from Montenegro”. Together with the castle and the city’s panoramic view, he also included the Tsar’s Bridge.